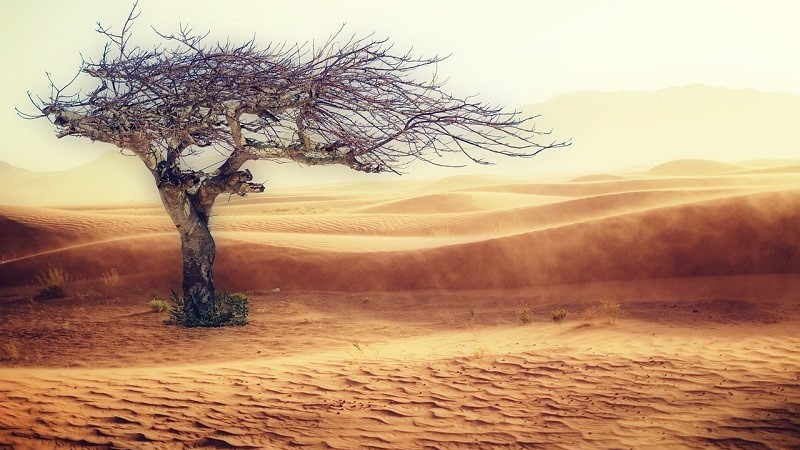 It’s hard not to notice the extremes in weather we’ve been experiencing all over the world.

Even the UK – known throughout the world for its terrible weather – had a summer hotter than some parts of the Mediterranean and Caribbean.

While it was great for sun worshippers and holidaymakers, it’s a sign that all is not well with our climate and it’s only going to get worse.

But if the idea of a hot summer doesn’t seem so bad, consider the fact that recent research concluded that the melting of the arctic permafrost will cost the world economy $70 trillion.

If we can limit the global temperature rise to just 1.5 degrees Celsius that loss will be reduced to a trifling $25 trillion. So that’s okay then.

The reason is the more permafrost melts, the more carbon dioxide is flung into the atmosphere. Accelerating climate change.

Fortunately, there are plenty of companies (albeit not enough) working very hard to reverse the damage wrought on our environment.

Fossil fuels are responsible for 37 billion metric tonnes of CO2 being pumped into the atmosphere. Each year.

It is the leading cause of climate change.

The United Nations warned we need to cut global emissions in half by 2030 or face climate catastrophe. Other experts are saying we need zero emissions by 2050.

The political labyrinth involved with eliminating emissions entirely is too complex to comprehend. But whichever way we look at it, we need action and fast.

Swiss-based Climeworks has developed a machine that extracts CO2 from the air. Their plans are to either sell the CO2 to soft drinks companies to carbonate their beverages, or to be used for agriculture, nourishing plants.

Alternatively, the carbon can be pumped underground.

At present direct air capture is estimated to cost between $94 and $230 per metric tonne. Although the cost will come down as the technology becomes more ubiquitous.

The big issue is that direct air capture uses a lot of energy. To remove a gigaton of carbon from the atmosphere would use roughly 7% of all energy production for the US.

There are other technologies being considered however, including Seawater Capture.

This is the process of removing carbon dioxide from seawater. Something it has in very high levels. The water would then absorb more CO2 from the atmosphere to correct the imbalance, reducing levels in the atmosphere.

Especially when you factor in that building any kind of offshore power generation plant is fraught with dangers.

All the approaches show promise, but the main objective is removing the CO2 and then storing it (or using it) safely is key.

The US Navy trialled a seawater capture technology in which they used the CO2 for fuel. The problem is that the by-product is more CO2…

Hot on the heels of energy production, a quarter of the world’s emissions come from feeding the world’s population.

The biggest problem is that our population is growing but our capacity to farm more animals can’t. At least not without devastating impact on our environment.

Moreover, cows produce a staggering amount of methane which is another greenhouse gas.

Scaling back farming and meat production is an obvious way to help reduce harmful emissions. Of course, there is an impact on livelihoods as if the world stops needing meat – or as much meat – then ranchers are going to go out of business.

But there is an alternative.

Burger King made headlines recently with its Impossible Whopper. A meat free Whopper developed in partnership with California based Impossible Foods.

The plant-based burger uses genetically altered yeast in order to produce heme – a protein that mimics the meat flavour. 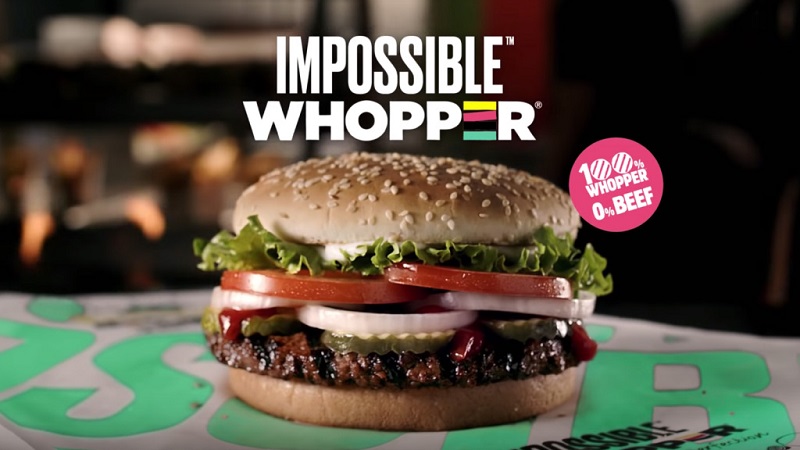 The other alternative is lab grown meat. As dangerously close to a Judge Dredd future as this may be, the idea isn’t a new one. Even Winston Churchill predicted a time when we could eat a chicken breast without going to the trouble of growing an entire chicken.

That land can either be used to farm fruits and vegetables or reforested to help absorb carbon dioxide. All in all, reducing meat consumption is the proverbial win/win.

Lab grown meat is meat produced using animal cells, but without the need and expense of rearing an animal and slaughtering it.

Since the first lab grown burger was unveiled in 2013, some of the world’s biggest food organisations as well as entrepreneurs like Bill Gates and Richard Branson, have invested.

Aside from the environmental benefits of lab grown meats, the companies can choose the right cells in order to produce the best possible taste and texture, providing a better-quality product.

It also does away with cruel practices like force feeding and battery farming.

As Matt Ball, spokesperson for the Good Food Institute so aptly puts it:

A few years a go a Croydon based company called Dearman came up with a nitrogen powered engine. Using either liquid nitrogen or liquid air, it could be an affordable answer to the combustion engine. Without tearing apart an industry worth over $20 billion a year.

Much of the engine’s technology is built on existing principals which means it’ll be affordable. Additionally, the process of producing liquid air is well understood and more than a century old.

This means swapping petrol and diesel for nitrogen or air fuels would be relatively painless.

It would also protect jobs and balance sheets. Which will please governments and the big players in the industry.

Which in some ways could be a bad thing as the oil industry caused a lot of the problems other enterprises are scrambling to find solutions for.

But opinions aside, it represents a real opportunity to replace the traditional combustion engine without a fuss.

And with something better. Electric vehicles have always had limitations due to range and charge times.

According to the Dearman website, the engine leverages liquid nitrogen expanding 710 times between liquid and gas phases, using that expansion to drive the pistons of an engine.

Essentially it works like a steam engine. However, the low boiling point of nitrogen means that the process only gives off low-grade ambient heat. The website goes on to say:

A unique feature of Dearman engines is the use of heat exchange fluid (warm water). When it mixes with the extremely cold nitrogen, this fluid enables a quasi-isothermal (near-constant) expansion and significantly increases the engine’s efficiency.

Crucially, the only emission from the engine is air or nitrogen, with no emissions of NOx, CO2 or particulates.

Dearman is currently working on a number of engines, partnering with some big names – such as Unilever – so there’s every chance that the Dearman engine will be cropping up in next-gen cars sooner than we might think.

It’s going to take a huge concerted effort across all parts of our lives to effectively tackle climate change. Frustratingly it’s also more likely to come from private enterprise than governments co-operating on a world stage.

At least for the time being.

However frustrating world politics may be, it’s encouraging to see the innovations that are coming to the fore and reaching maturity.

KDC Resource work with several clients in this emerging technology markets, all doing their part to effect meaningful change. If you’re organisation is looking for top technical talent, get in touch.

Alternatively, if you’re looking for your next role, register your CV with us today.

Images copyright of their respective owners. All rights reserved.