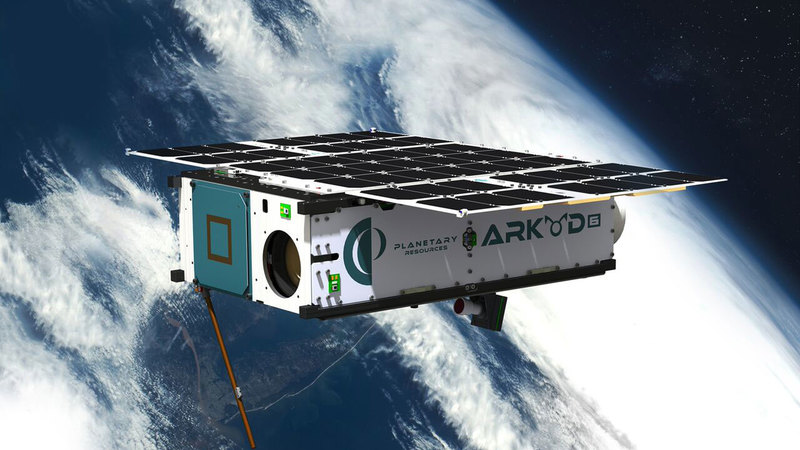 Planetary Resources, the space mining company, ultimately aims to build a business by mining asteroids.  A very early milestone was reached in January 2018 as the company launched a tiny satellite as a demonstration platform with the goal of detecting water in space.  The shoe-box sized satellite, known as the Arkyd-6, was sent to space on an Indian rocket and immediately began broadcasting data back to Earth.

Planetary Resources has now confirmed that the Arkyd-6 has successfully executed its mission and fulfilled all mission goals.  It has successfully shown that its distributed systems, communications, attitude control systems, power generation and storage, star tracker and mid-wave infrared imager (MWIR) all successfully operated in space.

The MWIR deployed by the company is a broadband imager spanning 3 to 5 microns within the electromagnetic spectrum.  This allows it to search for water as this part of the spectrum is sensitive to the presence of water (including that in hydrated minerals) and thermal energy.  This instrument was successfully used during the mission by scanning Earth - future missions will focus on finding water elsewhere, ideally on near-Earth asteroids so that they can be commercially mined and then used as both life support for human expansion in space as well be refined into propellant.

Building on the success of the Arkyd-6, the space pioneer’s future missions include a deep space exploration programme, the Arkyd-301, that will gather massive amounts of data about near-Earth asteroids, their composition and their potential for water mining.