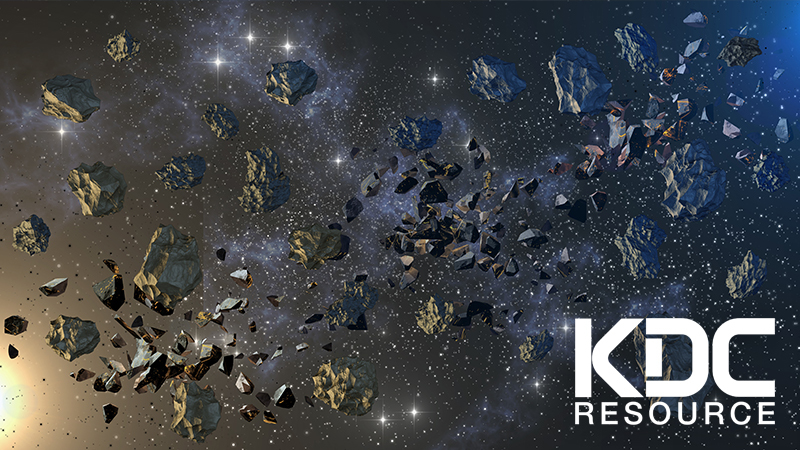 Many of the ideas currently in development by disruptive tech companies come straight out of sci-fi films. Planetary Resources is no exception; their sights are set on asteroid mining to expand Earth’s natural resource base. But how do they plan to achieve this, and are there any ethical implications?

The Beginning of Planetary Resources

Planetary Resources began as Arkyd Astronautics in 2009, founded by a group of American engineers. Their goal from the outset was to develop asteroid mining technologies that could harness resources and transport them back to Earth. All of this would be done robotically.

In 2012, the company (by this point called Planetary Resources) agreed a deal with Virgin Galactic to use its LauncherOne for their satellite network. They had an unsuccessful launch in 2014, during which their spacecraft was destroyed, but the second launch of their A3 satellite in 2015 was successful.

Planetary Resources had their second successful launch in 2018 - the Arkyd 6 - a CubeSat launched by the Indian Space Research Organisation. Around the same time, Planetary Resources announced a launch deal with SpaceX, although this has yet to materialise.

Part of this is because of the company’s swathe of funding issues. While it received plenty of Phase A funding (including $28 million from Luxembourg), it has since been plagued by a lack of funding. This led to lay-offs in 2018, which was due to an investment deal with an unnamed mining company falling through.

However, in late 2018, blockchain firm ConsenSys bought out Planetary Resources, effectively ending their funding issues. There is currently no word on how the company will progress under its new guise, but ConsenSys has announced that it will continue to operate out of Planetary Resources’ base in Richmond, Virginia.

The company’s eventual goal is to robotically mine near-Earth asteroids, particularly for resources that are scarce on our planet. This goal is a long way off, though, as we still do not have the kind of technology that would enable fast enough travel and mining. For now, Planetary Resources is focusing on building a network of satellites to identify the best candidate asteroids in near-Earth orbit.

The first iteration of the company’s satellite was the Arkyd 3. They first built a spacecraft called the Arkyd 100, but this never went further than ground tests. The Arkyd 3 featured much of the 100’s technology, excluding its telescope. It was launched as a non-optical satellite with the main goal of testing the company’s propulsion system and satellite technology.

As mentioned above, the first satellite failed to launch aboard the Antares rocket that exploded in 2014. A second launch in 2015 - the AR3 - was successful. However, the company never released any details about the satellite’s orbit and remained silent after its re-entry into Earth’s orbit in late 2015.

The second CubeSat launched by Planetary Resources was the Arkyd 6. It was twice the size of the A3, and its purpose was to test communications and display systems along with the power controls. It was originally meant to launch on a SpaceX flight, but system malfunctions led to delays. The A6 was eventually launched by the Indian Space Research Organisation in 2018, where it remains.

Since its buyout by ConsenSys in 2018, there has been little news on Planetary Resources. The company’s idea is certainly novel, but its eventual goals are unattainable with any extant technology. Also, the idea of asteroid mining raises interesting ethical questions about the global consumption of resources: If the technology exists to extract it from elsewhere, what need is there for us to be more careful with what we have?

While this is not a question for Planetary Resources to answer, it is certainly something we must consider as this industry grows.