Prestwick Spaceport Secures Deal that will Launch its Future 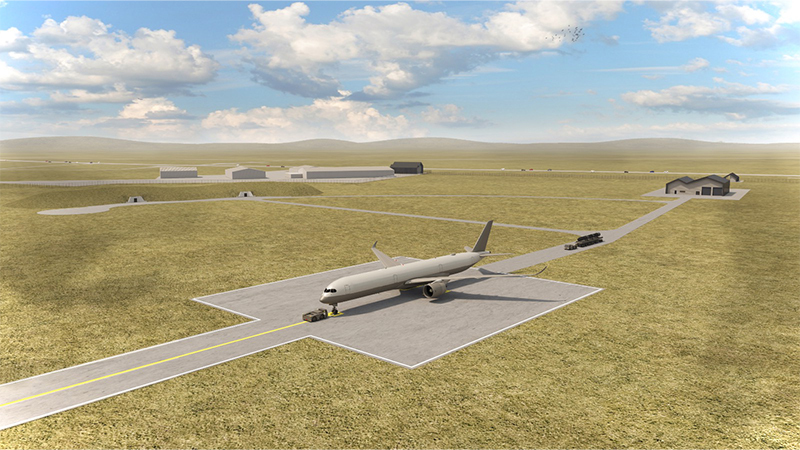 If the recent announcements about Scotland’s spaceports tell us nothing else, it is that the country is a prime location for the UK’s growing space sector. We have already discussed Sutherland Spaceport – the UK’s first launch site – but recent developments have put Scotland’s second spaceport in the news.

Prestwick Spaceport secured Astraius, a UK-based horizontal launch company, as its launch partner. Along with the £80 million investment from South Ayrshire Council, this promises to cement Prestwick as an exciting site in the future of UK space.

Prestwick Spaceport is part of Glasgow Prestwick Airport on the west coast of Scotland. It is an attractive site for launches because of its proximity to the sea, local meteorological conditions, accessibility, and the wealth of aerospace companies already located at the site. These include BAE Systems, Spirit AeroSystems, GE Caledonian, and Collins Aerospace.

Part of the site’s attraction for space launches is its runway. At nearly three kilometres long, it is one of the longest in the UK. While this might not usually be an important fact in the space sector, it highlights the clear plan for Prestwick Spaceport.

If it was not already obvious, it will be a horizontal launch site. This is why the partnership with Astraius is so sensible: together, they will improve the UK’s offering for small satellites into Low Earth Orbit. The current plan is to begin launches in 2023.

Plans for the future are certainly ambitious. By 2030, Scotland plans to have a £4 billion share of the worldwide space market and be a go-to name in the European sector. It hopes Prestwick Spaceport will quickly become a viable option for small-sat launches by European companies.

Better yet, the spaceport’s development will create 4,000 jobs in the area and will be one of the most technologically advanced launch sites in the world. Considering Glasgow’s current association with the satellite market, this is an important next step.

Although vertical launches are the most common, horizontal space launches offer numerous benefits. For one, they are ideal for small satellites because they save on fuel and, by extension, energy.

Astraius plans to use a C-17 Globemaster to launch its satellites. Each satellite is fitted into a rocket, which is secured under the plane’s wing. After the plane takes off, it reaches a specified location and drops the rocket. Once clear of the plane, this engages and transports the satellite into Low Earth Orbit.

While this method is limited to small satellites (typically no bigger than a shoebox), the market is seeing considerable growth and so is a sensible one to target. Although some companies are offering ride-sharing vertical launches, horizontal launches make just as much sense.

Astraius plans to run its launch services entirely from Prestwick Spaceport. The facilities under construction will include a mission control centre, launch telemetry, payload processing, and vehicle integration.

Launching into the Space Market

Scotland’s plans to enter the space market are ambitious but entirely achievable. It wasted no time securing sites for launch facilities and is leveraging its unique geography to great effect.

Prestwick Spaceport will hopefully continue this trend and see a lot of business in the future. As the small satellite market continues to grow, it makes perfect sense to invest in a dedicated quick-launch site. We very much look forward to seeing it in action.