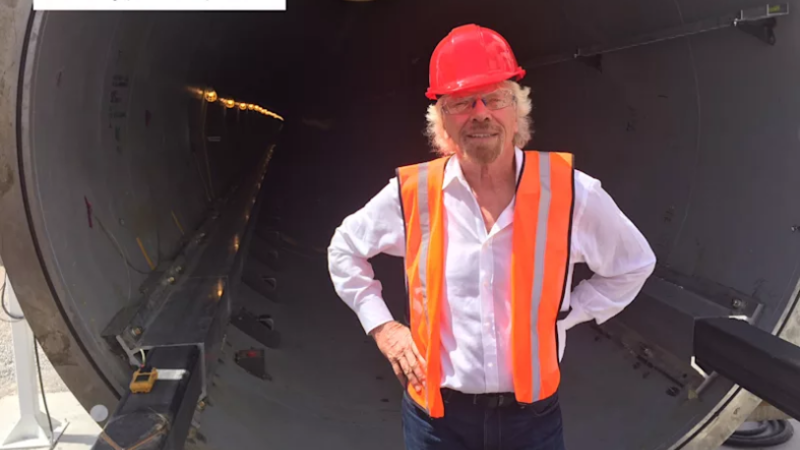 Virgin Group has made an investment in Hyperloop One, the US-based company developing hyperloop technology that aims to allow humans to travel in pods fired down near-vacuum tubes at up to 670mph.  The company will be renamed Virgin Hyperloop One and Branson will join the board.

Hyperloop One is generally considered to be the furthest along of the companies aiming to commercialise Elon Musk’s Hyperloop vision.  Despite founder disputes that have ended up in court, the company has at least built a live test track in Nevada and has made several successful early tests, reaching speeds of 192mph.

However, this still feels like slow progress for a technology that holds so much promise - the concept has so far had much more publicity than tangible results.  Musk himself apparently shares this frustration, telling Bloomberg in August that "While we're encouraged that others are making some progress, we would like to accelerate the development of this technology as fast as possible."

This is where Branson’s investment could help.  By adding the Virgin tycoon’s personal brand, connections and capital the speed of development and commercialisation could be increased.

Branson said “We’re incredibly excited about the technology behind Virgin Hyperloop One and the way it could transform passengers’ lives.

“From our airlines to our trains to our spaceline, we have long been passionate about innovation in transport too, especially the development of technology that could transform people’s lives. This is just the latest example. Importantly, Virgin Hyperloop One will be all-electric and the team is working on ensuring it is a responsible and sustainable form of transport too.