Safety and Certification of UAMs – How Will the Industry Cope with Two of its Biggest Challenges? 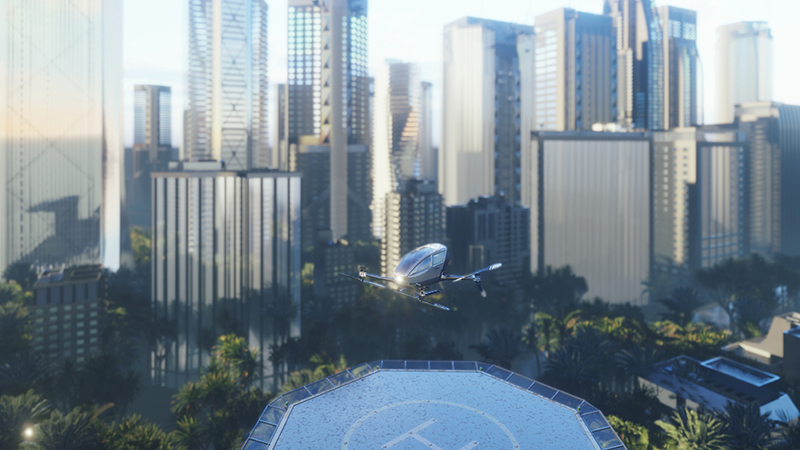 Urban Air Mobility (UAM) is fast becoming the method of choice for revolutionising urban transport. There is currently a tech race between several major companies to see who will be crowned as the first to release a viable EVTOL solution for urban environments.

But as with many emerging and disruptive technologies, to what extent are the “less interesting” things being side-lined? Is the industry focusing appropriately on safety measures, and what are organisations doing about certification from a policy perspective? Only by addressing these vital questions can the industry hope for comprehensive enough public acceptance.

We heard you; you voted on our LinkedIn page, with Safety and Certification the subject determined to be one of 2021's most significant challenges for the Urban Air Mobility industry.

How do you determine the safety of UAMs?

Safety is a primary concern with most emerging technologies. Breaking ground in a new industry requires answers before widespread rollout. There are some safety issues with UAMs, ranging from the reliability of technology and software to the question of redundancies and emergencies.

One question the aerospace industry has long faced is how to deal with the emergency landing of helicopters. The solution was autorotation, which can be achieved through the right combination of airspeed and disc loading. When done correctly, it can achieve the same rate of descent as opening a parachute.

However, autorotation is not a solution that has been picked up by EVTOL manufacturers. Ballistic parachutes have been floated as an idea, but they present a significant risk when used with rotary aircraft. This was demonstrated in 2019 when a Swiss drone became tangled in its parachute cables, causing it to crash land.

A solution often floated is the computer voting system, which is common in autopilot software. The aircraft contains three computers that vote on each proposed action, but this, of course, requires a very reliable system in the first place. However, considering some of the issues faced by driverless cars in recent years, it could prove challenging to get this idea certified.

Another solution is the concept of system redundancy. For example, the Volocopter contains many redundancy systems, including multiple rotors, batteries, and motors. The argument is that if one rotor gives up, the system will compensate and divert power to the remaining rotors to keep the craft in the air.

The reliability of hardware is one thing, but the reliability of software is another thing entirely. UAMs require specific flight paths to avoid hazards, which will likely necessitate air traffic control in urban environments. Of course, the more UAMs there are in operation, the more of an issue this becomes.

While we can theoretically organise a human-led air traffic control, when it comes to the UAMs, we are putting all our faith in the autopilot feature. On a basic level, this functions in much the same way as the autopilot feature in driverless cars: it assesses its environment, navigates threats, and uses its data to plot the most appropriate course to its destination.

This technology is consistent on the ground. Apart from a few hazards, most of its challenges are predictable; The vehicle can navigate obstacles at short notice and emergency stop, avoiding most threats.

In the air, however, there are many more challenges that cannot be overcome as easily. For example, the system will have to accommodate changes in weather and wind patterns, the unpredictable nature of birds in flight, and coordination around a varied 3D environment.

It is fair to say that navigation is one of the biggest safety concerns for UAMs. To become viable, we will need to see great leaps forward for AI and machine learning so that it can accurately deal with even the most unforeseen issues.

Where do we stand with certification for UAMs?

For the most part, it is fair to say that EVTOLs are still in the development stage. With so many companies producing concept aircraft, there are currently many designs in use. Perhaps the only real consistency they share is that many have adopted the same blueprint as smaller drones, only with the capacity to carry passengers.

Add to this that they will be operating in radically different environments to standard aircraft, and certification becomes a significant challenge for manufacturers and policymakers alike.

For example, some of the current issues faced by manufacturers include:

As mentioned, the novelty factor of EVTOL designs is going to be a big player in certification. A standardisation level is necessary for moving forward, particularly regarding which vehicle model will be best for certain distances. Once manufacturers reach some consistency in their designs, they will likely need to come together with policymakers to determine this issue.

Then there is the issue of operating in variable climates. For example, Lilium plans to operate in Munich, where the temperature can shift between freezing winters and hot summers. Passenger comfort in these situations will be necessary, ensuring the vehicle can tolerate such temperature variations. A recent study even found that some urban environments (such as Denver, Colorado) are so unfavourable that they would not support UAMs in their current state.

Therefore, manufacturers are presented with the challenge of accommodating variable adverse weather conditions that could impact passenger comfort and safety and vehicle operation. It is fair to assume that this will be a significant sticking point on the road to certification.

The issue of data security

Finally, there is the issue of cybersecurity. EVTOLs will rely heavily on automated systems and data, which will be at risk of cyber-attacks and potential failures. One current solution is to rely on existing technology, such as that offered by Regulus Cyber. The company provides security solutions for autonomous drones, such as its Pyramid system.

However, many EVTOLs are produced without a failsafe for human intervention, so it seems potentially problematic for manufacturers to put their faith entirely in security systems. There does not seem to be an alternative solution to merely building a secure system, so it will be interesting to see how this issue plays out in the future.

UAMs present a wide range of safety and certification challenges. Considering the EVTOL industry is currently moving at such a rapid rate, the next few years will hold some interesting answers to the questions posed by current safety concerns. However, it will be vital to address these before the technology is rolled out commercially.