Scaling up the Concept of eVTOLs for Large-Scale Passenger Use 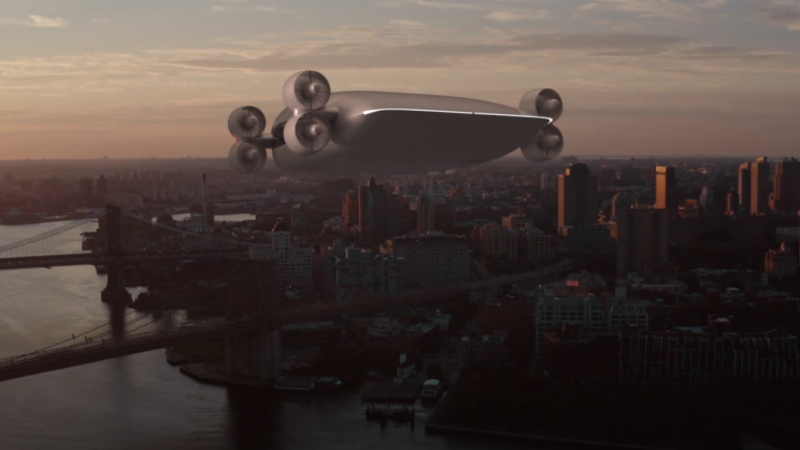 Currently, passenger eVTOLs focus on a maximum of seven seats. As a replacement for conventional taxis, this is plenty. But, what do we do about replacing buses and other large-scale passenger vehicles?

Several companies have decided to address this question. While eVTOL startups like Volocopter and Lilium set their sights on the taxi market, these companies are directing their focus to the bus market.

Compared to air taxis, air buses are a relatively new concept. Currently, there are two frontrunners: Kelekona and GKN Aerospace. However, both concepts are in the earliest stages of development, where they will remain for some time.

Kelekona proposes an unusual eVTOL concept aircraft. Firstly, it plans to be manned, which marks a deviation from the current push for unmanned electric vehicles. This change is understandable, though, as a large-scale passenger vehicle can justify having one more person. When we look at a two-seater eVTOL, a pilot adds 50 per cent extra weight. For a 40-seat eVTOL, a pilot is only 2.5 per cent.

The concept design features a teardrop-shaped body made from aluminium and 3D printed composite materials, already used in the aerospace industry. The body’s shape is designed to provide lift, essentially acting as one large wing. It has fins on the back for stability and a ducted fan lift and propulsion system.

Like other eVTOLs, it navigates using a system of cameras and radar for enhanced hazard detection. It also features swappable batteries, much like Volocopter’s design. This will enable faster turnaround between journeys. Currently, Kelekona predicts its eVTOL will make the journey between LA and San Francisco (531km) in about an hour.

The second concept vehicle is slightly further behind in its planning. Earlier this year, GKN Aerospace won a £4.5 million grant from the UK’s Future Flight Challenge for its large-scale passenger eVTOL, dubbed “Skybus”. Unlike Kelekona’s model, GKN plans to use a winged model with ducted fans, much like the Lilium Jet.

Understandably, very little information exists about this project. Other than a few rough images, we know almost nothing about the company’s plan. However, a report by Lufthansa Innovation Hub stated that we will not see mass passenger eVTOLs until at least the 2040s, meaning these startups have plenty of time to solidify their ideas.

The Benefits of Large-Scale Passenger Transport

Of course, this is less of a concern when the energy in use is renewable. Even so, if a more efficient use of energy presents itself, it is reasonable to make use of it.

Also, large-scale passenger transportation offers more equitable options for people across the income spectrum. Generally, those from lower-income backgrounds use buses over taxis or personal vehicles, and there is no reason why it would be any different for eVTOLs. Therefore, if electric transportation is set to replace fossil fuels, it makes sense for it to be accessible to all.

While we have no information on ticket prices and routes, it will likely be the equivalent of taxi versus bus access. For example, a VoloCity or Lilium Jet could take you almost exactly where you needed to go, whereas a Kelekona bus would take you to the nearest skyport.

As a business strategy, developing air buses makes perfect sense. Many companies are racing to develop air taxis, so why would we not see air buses too? An air bus presents a clear economy of scale: if you can carry 40 passengers in a single vehicle, operating costs are lower than smaller, separate vehicles.

However, this is not to say that air buses will dominate the market. Ride-sharing models like Uber have changed the way we view transport and have had as much of an effect on the public transport industry as they have on the taxi industry. Therefore, it is fair to assume smaller eVTOLs will likely carve out a larger share, particularly those based on a ride-sharing system.

The Limitations of Sky Buses

Rolling out large-scale passenger eVTOLs does present challenges; ones that have much less impact on current UAM vehicles. Perhaps the most significant is improvements to energy density, which we have previously discussed as a barrier to more efficient electric vehicles. The battery needed to power a flying bus would be massive, and a battery developed using current technology would be too heavy.

Similarly, we will need to see improvements to propulsion technology. It is a less pressing matter than energy density, but an electric propeller designed to lift 4,540kg of cargo (Kelekona’s maximum weight) would need major thrust.

Another barrier large eVTOLs present is noise emissions. JoeBen Bevirt and Mark Moore are quoted as saying higher noise levels from eVTOLs larger than 12 seats would make them almost redundant in urban environments. Of course, this is theoretically based on current technology and might be different in 20 years.

Current plans for large-scale passenger eVTOLs are still concepts because the technology does not exist to make them a reality. Also, finding space to fly a 40-seater sky bus in a city presents its own challenges.

However, much will change in the next 20 years, by which time Lufthansa Innovations predicts we will see eVTOLs of this size. Perhaps the way we conceptualise cities will adjust based on our growing love of UAM technology. If so, sky buses will fit comfortably into airspace architecture.