Should the Ajax replace the Challenger 2 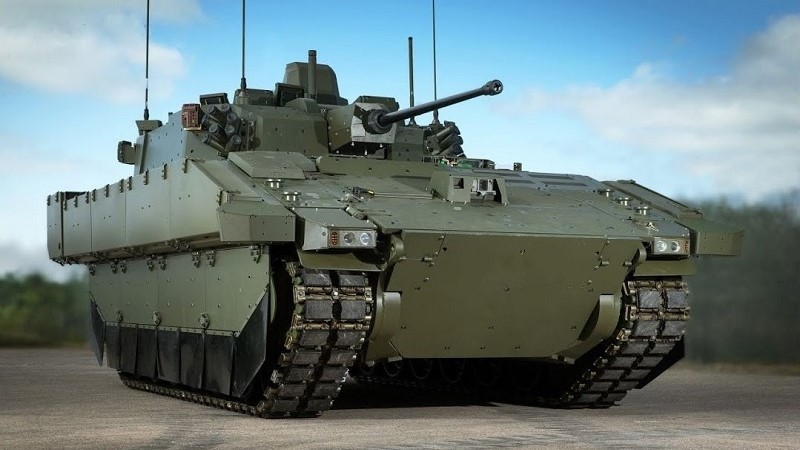 When the General Dynamics built Ajax armoured fighting vehicle was announced in 2014 it was considered to be one of the most versatile and sophisticated war machines in the world.

It impressed all the right people and the Ministry of Defence committed to ordering 589 vehicles across the Ajax, Protected Mobility Recce Support (PMRS) and Engineering variants. Estimated at around £3.5 billion.

At the time critics were concerned that this would signal a reduction in the UK's holdings of Main Battle Tanks (MBT), the world-renowned – and much-feared – Challenger 2.

Five years on and as the Army gets ready to receive its first delivery of Ajax tanks, news broke in April that the Army’s fleet of operational Challenger 2 tanks would be reduced from 227 to 150.

This means that 1 of 3 tank regiments (the King’s Royal Hussars) will be reformed into a medium armour formation and equipped with Ajax tanks.

Needlessly to say there was the predictable backlash with claims that the British Army will be incapable of fighting effectively or defending the nation if we were ever invaded.

It’s worth noting that the last successful invasion of mainland Britain was in 1066. So, we’re probably okay on that front.

But it does raise some questions, so we looked at the Ajax and what scaling back the British Army’s MBT capabilities really means.

Named after the mythical Grecian hero, the Ajax boasts an impressive modular system that allows the primary 40mm turret to be swapped out in order for it to carry out a variety of battlefield roles including transport (Ares), command and control (Athena), reconnaissance (Argus), recovery (Atlas) and repair (Apollo).

Which represents both a huge leap forward in terms of combat capability compared to the Warrior and Bulldog, and as a cost saver too.

Theoretically, by using a modular design the cost per unit will reduce as there is bulk savings in the basic chassis.

Moreover, by using one chassis across a host of battlefield roles, instead of several vehicle types, the army can bulk buy spare parts, again reducing costs. But also making it much easier for the mechanics to maintain the fleet because one part will fit all the vehicles.

As an armoured fighting vehicle, the Ajax is a highly impressive machine. The CT(Cased Telescoped)40 40mm cannon is a brand new weapon specially designed for the Ajax and is a major upgrade from the previous cannon and ammunition system from the 1960s.

The CT40 has all new shells including Point Detonating rounds for bunker busting and Armour Piercing to take out heavily armoured targets with a penetration depth of 140mm of hardened steel at 1,500 metres.

An entirely new breach means the cannon rapidly clear casings in order to maintain a high rate of fire.

With formidable armour and an 810-horsepower engine to shift its 42-tonne bulk, the Ajax is versatile and agile. Which makes it ideal for the diverse theatres British armed forces may find themselves in.

The Challenger and Ajax

Losing 77 MBTs on the surface may seem like a significant loss of military might especially considering ramping tensions with Russia and further conflicts in the middle east.

The scaling back presents headaches in terms of combat readiness, training and the capability of fully deploying the reserve tank regiment in the event of a large-scale conflict.

But when you consider that the numbers of MBTs deployed to Iraq (in total) and Afghanistan were relatively few, one must question if a reduction in numbers really represents a risk to combat capabilities or national security.

The Challenger 2’s end of life is just 6 years away – slated for 2025 – although with no obvious replacement under consideration it could be extended to 2035 with a systems and weapons overhaul.

Regardless, the Challenger 2 is on its run out so scaling back numbers – especially in the absence of any current or near future requirement to deploy tanks en masse – doesn’t seem that unreasonable.

Especially when we further consider that the nature of warfare is changing.

Although a war with Russia is a possibility, a global conflict like World War 2 is highly unlikely, eliminating the need for large numbers of armoured vehicles.

Moreover, the role of the British Army has changed in the seven decades since and is now a far more focused highly trained fighting force with the ability to operate as part of a larger multinational or NATO deployment.

Being part of a wider military alliance also means that we don’t need to maintain a large standing fighting force.

The Ajax is a response to the change in military doctrine and the role the British Army would play in a conflict. Equally the theatres in which British forces are likely to be deployed will significantly limit the effective use of MBTs.

Meaning they will serve as ranged fire support, area denial and security. An Ajax on the other hand can move with infantry and provide close in support far more effectively.

Combined with the C&C and other support capabilities of the chassis means that the Ajax and its variants can provide tactical and logistic support too. And provide telemetry to the Challengers to improve their combat effectiveness in the process.

Although the Challenger 2 has become as iconic as the Churchill and has served with distinction, reducing its number isn’t an insult but a recognition that both a phased retirement and a more versatile range of fighting vehicles makes sense.

The Ajax meets a need that the British Army and the changing face of war. A versatile armoured fighting vehicle that can be deployed anywhere, support troops, co-ordinate attacks, recover and repair other vehicles represents a huge boost to the existing armoured army elements.

It will also be in a position to support the Challenger 2’s replacement when that is eventually selected in the coming years.

KDC Resource are experts in defence recruitment for highly skilled technical and engineering talent. If you're looking for a new role upload your CV today. Alternatively if you have requirements you'd like support with get in touch and we'd be happy to help.