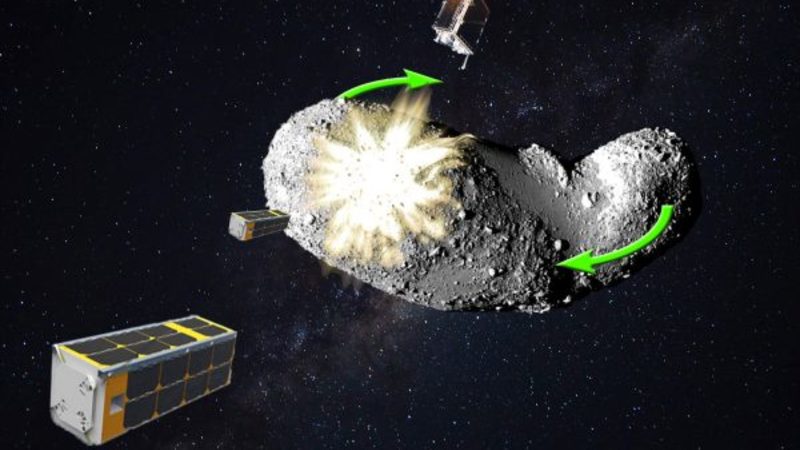 An EU-funded project designed to alter an asteroid’s trajectory has been discussed at the Planetary Defence Conference in Tokyo. Known as the Neotwist project, it includes a team from Airbus and Space.

Although often thought to be only a danger in science-fiction, asteroids have been a very real threat to the Earth throughout its history.  As an example, an asteroid is often posited to have wiped out the dinosaurs.

Scientists currently estimate that there are around 1600 near Earth objects that have the potential to come close enough to the Earth’s orbit to pose a threat and that are big enough to destroy a large urban area and kill millions of people.

There have been many different asteroid prevention strategies discussed over the last few decades, including destroying them with nuclear missiles and deploying “gravity tractors”, devices that would fly next to an asteroid and gradually pull them away from Earth.

The goal of NEOTWIST is to investigate how exactly asteroids can be diverted with a high probaility of success - if ever needed to protect the Earth, the solution needs to work first time.  It aims to fire a kinetic impact at an asteroid coupled with a small measuring device, and then measure changes to its course with an Earth-bound telescope.

Airbus Science and Earth Observation’s Head of Future Programmes, Ulrich Johann, said: “The NEOTWIST concept combines an impactor and an in situ monitoring module in a single spacecraft. This cost-effective approach providing on the spot observation capabilities should lead to more launch opportunities for  NEOTWIST compared to other concepts.”

Of course, we still need to look at improving our asteroid detection capabilities as every current option would take some time to be deployed, even if actually in production.