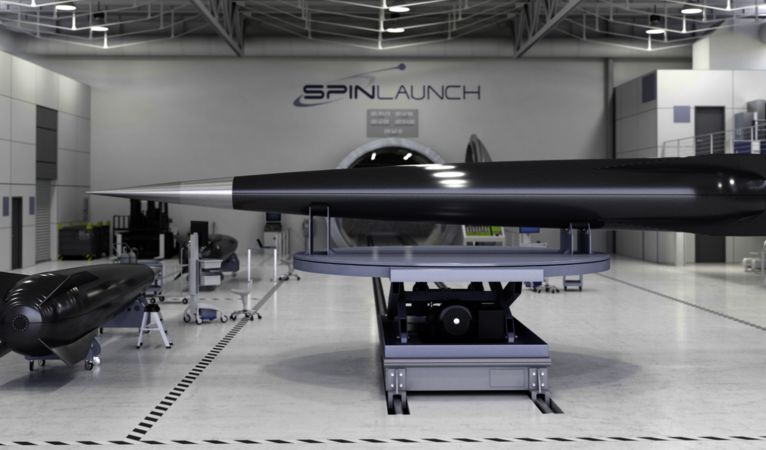 The idea goes something like this - the company aims to build centrifuges that will spin at very high speeds inside a vacuum and use the momentum generated to fire a catapult.  The catapult will fling a payload into orbit at speeds touching 3000mph.  Ambitious, alright.  Maybe inspired or possibly just outright crazy.

Founded by Jonathan Yancey, an entrepreneur who sold his solar-powered drone company to Google, the start-up is aiming to develop a catapult that will fling sizeable payloads into orbit and bring about a 10x reduction in launch costs.

At first glance, the challenge seems very difficult to outright impossible.  Could the payload survive the dense atmosphere of Earth that could be like a brick wall to it when fired?   Will the cargo just burn up?  Can such a contraption fire cargo all the way to space without propellant?  Does the company have an angle that hasn’t yet been considered in the long history of kinetic launch systems?

The economic rationale seems compelling if this all works.  With rockets required to carry and burn massive quantities of propellant, the space left over for cargo in the rest of the rocket is a small percentage of the overall vehicle.  By removing the need for propellant, Spinlaunch hopes to be able to launch more cargo than traditional systems at under $500,000 per launch, significantly less than the current price of the cheapest current alternative of $5m per launch. This is a number that has been tumbling for several years now with new kids on the block like SpaceX and Blue Origin pioneering reusability in the space industry and another 10x reduction makes the economics of the space industry even more compelling.

What do you think about the viability of the idea?  I’d be curious to hear your thoughts in the form below.