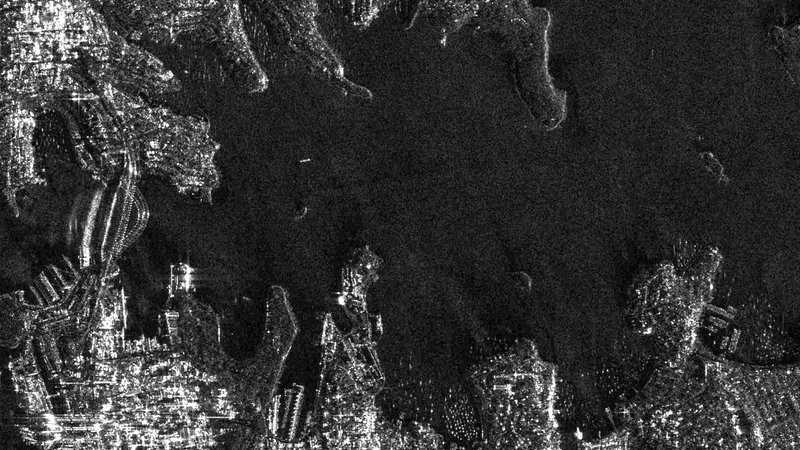 SAR is capable of seeing through clouds as well as monitoring the Earth at both day and night, making it a powerful tool for satellite imaging.  These images from NovaSAR-1 have proven that the technology works as advertised with separate photos showing both the Sydney Harbour Bridge and the Pyramids of Egypt clearly visible. The level of detail is impressive, even picking up boats in Sydney Harbour, proving the use of imaging for maritime operations such as monitoring shipping activity and ocean pollution.

Sam Gyimah, the now former Science and Education Minister, visited SSTL where he toured the Company’s satellite assembly and operations facilities, and viewed the new images from NovaSAR-1.  The Minister said: “Yet again we can see UK research and innovation that is truly out of this world. This ‘eye in the sky’ can capture an image a dozen times wider than the Strait of Dover and the data it provides can help crack problems from illegal shipping to alerting us to damaging pollution that needs to be countered.  This satellite, backed by a £21 million investment from the UK Government, is a great example of how we are working with the space sector through our modern Industrial Strategy to remain at the forefront of pioneering science and exploration.”

Andrew Cawthorne, Director of Earth Observation at SSTL said “We have worked closely with the SAR experts at Airbus in Portsmouth to develop NovaSAR-1 and the whole team is delighted with these first results - the outcome of space engineering expertise, ingenuity and collaboration.  Over the coming weeks our spacecraft operators will continue to test the capabilities of the spacecraft as we task the satellite to image locations around the world, working towards the start of service delivery to our mission partners in the near future.”