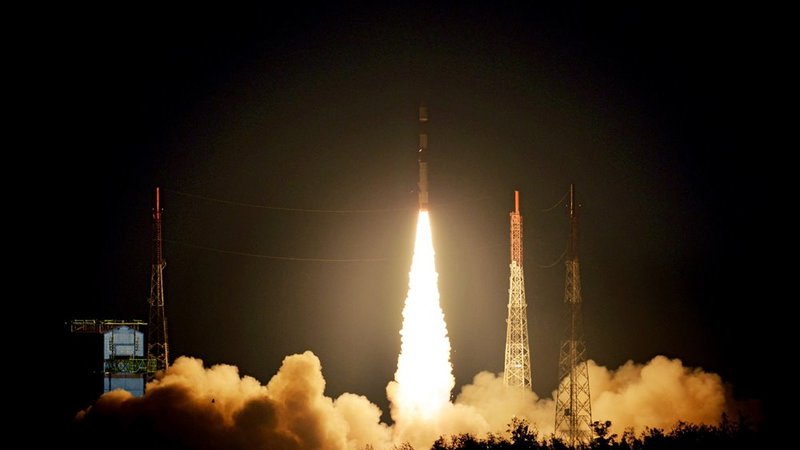 The first satellite, dubbed the NovaSAR-1, is a Synthetic Aperture Radar satellite that will be used for monitoring Earth from Space.  The NovaSAR-1 is on a technology demonstration mission that is designed to test and prove the technology behind a new low cost S-Band SAR platform.  Its ability to see through clouds in order to image the Earth day and night is a big selling point of the technology and is proving to be commercially popular for maritime monitoring operations in particular.

SSTL has worked with several key partners on the project. Airbus Defence & Space developed the S-Band SAR payload and Honeywell Aerospace supplied the Automatic Identification Receiver for maritime collision avoidance.  In fact, the NovaSAR-1 is the first Synthetic Aperture Radar satellite to be completely developed in the UK - a coup for our burgeoning space industry.

The second satellite, the S1-4, is the same specification as three previous DMC3/TripleSat Constellation satellites that were sent into orbit in 2015. The S1-4 is another Earth observation satellite and is capable of acquiring multiple targets in one pass, utilising spot, strip and mosaic imaging modes and 45 degree off-pointing agility for a range of applications including urban planning, agricultural monitoring, land classification, natural resource management and disaster monitoring.  The very high resolution imager on board the spacecraft has been designed and manufactured by SSTL and will acquire sub one metre resolution images in panchromatic mode and sub four metre resolution images in multispectral mode, with a swath width of about 24km.

Sir Martin Sweeting, Executive Chairman of SSTL, said “I am pleased to confirm that successful contact has been made with both satellites and they are in good health.  I would like to thank the Indian Space Research Organisation and Antrix for a successful launch which achieves our long-held ambition to deliver low cost SAR remote sensing capabilities and services to our global customers and enhances our Earth observation capabilities with a sub one metre optical mission.”