The Applications of eVTOL Aircraft Beyond Passenger Transport 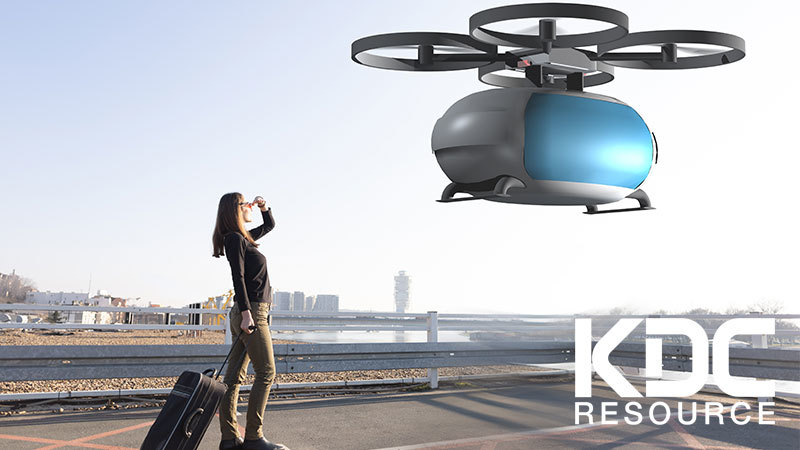 While the most widely-known use of eVTOLs is in passenger transport, this is not the only application in development. Using eVTOLs for roles in agriculture, logistics, and emergency medical services will involve the same fundamental concepts as passenger aircraft, but are arguably more realistic and achievable visions based on current regulations and technology.

Focusing on these areas will not only provide companies with revenue to fund passenger projects but will also provide them with valuable test scenarios and data to make their other aircraft safer and more efficient.

Generally speaking, industrial agriculture has remained unchanged for too long. Most farmers still use manual (albeit technologically-aided) planting and harvesting methods, although this is shifting to a more autonomous and tech-based model. Robotic systems and GPS technology allow for more precise crop monitoring and less reliance on blanket fertilisation methods.

But this is also where eVTOL technology comes in. Guardian Agriculture is one such company that is focusing on the relevance of eVTOLs in crop farming. Its eVTOLs are fully autonomous and use data collected during routine checks to protect crops from various threats. This includes everything from moisture and fertilizer monitoring to crop dusting and has the potential to vastly increase overall farm efficiency.

Guardian Agriculture’s business model is simple: it plans to shift many of the time-consuming and error-prone procedures to a fully autonomous, drone-based process. For example, crop dusting typically involves dumping pesticides across a whole field, which is both time- and resource-intensive. By using eVTOL technology, farmers can specifically target crop areas suffering from pest problems, while leaving the rest of the field untouched.

The VoloDrone will be able to offer similar applications, although Volocopter plans to make it flexible across different industries. It can carry payloads of up to 200kg at a range of 40km, which is suitable for logistics, construction, and agriculture purposes, to name but a few.

The application of eVTOL technology in logistics should be immediately obvious. We have discussed this in more detail in a previous post, but eVTOL technology is currently being trialled by companies including UPS, the Royal Mail, and Amazon. While it might not completely replace land-based logistics, it will help with deliveries to remote locations in much less time than a van or lorry.

Google’s Swift drone is perhaps worth mentioning due to its slightly different business model. It is specifically designed for short-range, light-payload deliveries, and will likely see applications in food and convenience industries. In April 2020, the Swift drone delivered packages of food and medicine to residents in lockdown in Virginia, USA. The test period saw more than 1,000 flights in two weeks and highlights the benefit of eVTOL technology in aiding vulnerable people. In the future, we might also see this model adopted in disaster relief situations.

Another notable logistics eVTOL is the Nuuva V300 from Pipistrel. Rather than a small, short-range drone, the Nuuva V300 can carry payloads of up to 300kg with a range of up to 300km. The company plans to offer a solution to traditional cargo aircraft that is simpler and more energy efficient.

The Nuuva V300 is a hybrid-electric eVTOL, and part of its appeal is that it uses existing technology. While not the most optimal technology for this purpose, the benefit is that it is lower risk than novel technology, which means it is already certified and Pipistrel is aware of its failings. This helps to reduce overall production and operating costs and means it can get its aircraft on the market sooner.

Using eVTOL technology in logistics has numerous benefits. It allows for cheap and lightweight cargo to be shipped more quickly and efficiently and will reduce road traffic. Bobby Healy, of Irish-based Mana.aero, claims that in five years his company plans to replace half of road-based deliveries in a city of 20 million people.

The Future of Aerial Logistics

eVTOL technology will have an impact beyond passenger transport; that much is obvious. However, to successfully carve out a market share, eVTOL companies will have to offer something different from land-based models. After all, much of the technology behind eVTOLs (better battery technology, autonomy, and clean engines) is finding its way into land-based vehicles, too.

But eVTOLs do have some advantages over land-based vehicles. They can reach more remote destinations, do not have to worry about traffic, and have the potential to be faster. Providing regulation moves ahead and companies can appropriately scale to meet demand, aerial logistics promises to be a game-changing phenomenon.