The Biggest Names in eVTOL: Who will win the Race to Future Air Domination 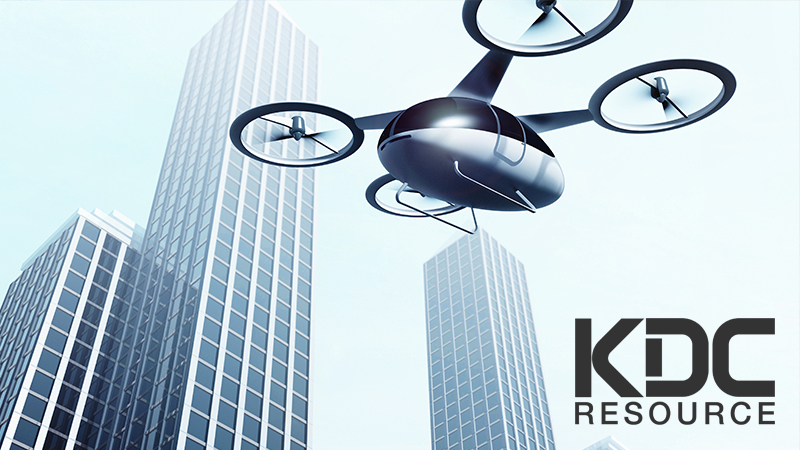 The eVTOL and Air Mobility markets are one of the most exciting disruptive technology sectors. Future air mobility promises to revolutionise the way we travel, and as a result, many different companies are racing to finish first.

But who are the most prominent players in the eVTOL market, and which will take to the skies first?

Volocopter is perhaps the best place to start because they are in quite a strong position. More than anything, their eVTOL design relies on existing technology that the company has developed to a higher stage of readiness for market.

Up to March 2021, Volocopter announced it had received €322 million in funding. This, the company claims, will solidify their market-leading position, helped in part by the specific technology they use. We have discussed some of the tech Volocopter uses in a different post.

Volocopter’s funding comes from a wide range of sources, but some of their most prominent investors include Intel Capital, DB Schenker, and BTOV. Their Series D round of funding also saw several new investors, including BlackRock, Avala Capital, and Continental AG. The number of capital investment interested shows the potential profitability of Volocopter’s business.

But how far is Volocopter from commercial rollout? The company plans to launch air taxi routes at the Paris 2024 Olympics, which will mark their first commercial routes. They have a decade of flight experience, numbering over 1,000 test flights. Also, Volocopter is certified to fly in Dubai, Helsinki, Singapore, and Munich. This has given it plenty of scope for field-testing both their VoloCity UAM and VoloPort concepts.

Unlike Volocopter, Lilium’s Jet relies on newer technology. Rather than the multicopter model favoured by some, their design employs a fixed-wing concept. However, this has meant more research and development, and that their concept craft is still in the flight test stage.

By June 2020, Lilium had received $375 million in funding, with more than $275 million coming from their most recent round. One of the highest-profile companies was Baillie Gifford, which invested $35 million. Other investors in multiple rounds include LGT, Atomico, Tencent, and Freigeist. Despite no commercially available products, Lilium is already valued at $1 billion. Lilium recently announced a “reverse merger” that will see it listed as a public company in the second quarter of 2021. The deal will see Lilium merge with Qell Acquisition Corp. to a value of $3.3 billion.

Lilium plans to launch its Jet by 2025, by which time they plan to have full certification. This is a brave – yet entirely achievable – rollout date considering they have designed and created their aircraft almost from scratch. However, after their first flight in 2019, the next steps will be a case of simply optimising the tech and creating an appropriate scalable business model.

Joby Aviation has come quite far in its product development. Along with completing over 1,000 test flights, the company has achieved a G-1 certification basis from the FAA and the first eVTOL manufacturer to reach airworthiness status with the US Department of Defense.

They bought Uber Elevate at the end of 2020, which will help assist them to launch a successful service utilising cutting-edge technology and software. Early this year, Joby signed a deal with Garmin for flight deck equipment and also gained certification from the Federal Aviation Administration.

The company’s initial funding came entirely from its founder, JoeBen Bevirt, but has since received funding from Intel Capital, Jet Blue Technology, and Toyota AI Ventures. Its total funding sits around $820 million, which is significantly more than other UAM companies.

But in February of this year, Joby announced a partnership with Reinvent Technology Partners, which gave the company a $1.6 billion cash injection, bringing its total valuation to $6.6 billion. The deal will also see Joby listed on the New York Stock Exchange in the second quarter of 2021.

Joby plans to reach commercial rollout by 2024. And, much like Volocopter, Joby’s large number of test flights - and certification - means they are in a strong position to reach this goal.

Vertical Aerospace has three current prototypes: the VA-X1, VA-X2, and the VA-X4. The two earlier prototypes were multicopter designs with exposed propellers, but the X4 shifted towards relying on the wings for lift. This is a shift seen elsewhere in the eVTOL industry due to its greater energy efficiency.

Among VA’s investors is the British government, which gave the company a £2.3 million grant to develop smart charger technology. Much of the company’s efforts focus on the VA-X1, seen as their main concept model. VA initially projected a launch date of 2022, but this has been pushed back to 2024.

VA is still mainly in the research and development phase, although it is not dissimilar to most other companies. Its technology is further ahead than Lilium’s in terms of flight readiness, but its lack of funding means it is still far away from commercial production.

American UAM company Kitty Hawk has an exciting history. Google CEO Larry Page has shown interest in and support for the company, including its first concept vehicle the Kitty Hawk Flyer. Kitty Hawk completed more than 25,000 test flights with 111 vehicles before retiring the concept in 2020. It was powered by eight rotors and was designed to prove that non-pilots could fly eVTOLs with very little training.

Their current concept vehicles are Cora and Heaviside. Kitty Hawk partnered with Boeing to create Cora, which is its autonomous air taxi. In 2019, it split Cora into its own company, called Wisk, in an attempt to restructure its investments.

Heaviside, on the other hand, is not designed to be an air taxi. Instead, it is a single passenger aircraft designed for short-range personal flight. It has eight electric rotors that provide vertical takeoff and a range of 100 miles at a top speed of 180MPH.

Among Kitty Hawk’s investors are, of course, Larry Page and Boeing, and the Pentagon. Back in 2018, the company received $2 million in funding from the Pentagon. Little other information exists about specific funding levels for the company, but this is likely because it does not have to publicly raise money due to its high-profile backers.

While Kitty Hawk has many test flights under its belt with its two main concept aircraft, they are similarly secretive about their commercial rollout dates. It is still clearly in its development phase, and it is unlikely we will see any commercial vehicles within the next few years.

Eviation plans to hit a slightly different sector than other companies; it intends to produce longer-range electric jets rather than urban air taxis. Its current model is the Eviation Alice, an electric commuter aircraft with a projected range of 440 nautical miles. It is worth mentioning that, while Eviation is not an eVTOL company, it is included here on the basis that it plans to use similar technology to eVTOL companies, albeit for a commercial passenger aircraft.

The aircraft relies on 95% lightweight composite materials and three electric motors: one on each wing and one on the rear. It will fit nine passengers and is designed for high-quality, luxury commuter travel. A range of suppliers have developed new technology specifically for the aircraft, including Honeywell Aviation’s MicroVCS lightweight cooling system.

Eviation secured $200 million of funding by 2019 to cover the development and production of its prototype. However, it announced it would need a further $500 million to enter full production. The only significant investor publicly known is Clermont, which bought a 70% stake in the company.

The company already has more than 150 orders for their aircraft, primarily from two American aviation companies, including Cape Air. While Eviation has not yet received enough funding to enter serial production, it hopes to introduce its aircraft to the commercial market by 2023.

The Race to Air Mobility

It is fair to say there will not be a single company that dominates this sector. While some companies may be in direct competition with one another, their products will fill different niches in the larger electric aircraft market. Joby, Volocopter, and Lilium will likely see their products on the market first, but it is still all to play for in the coming years.