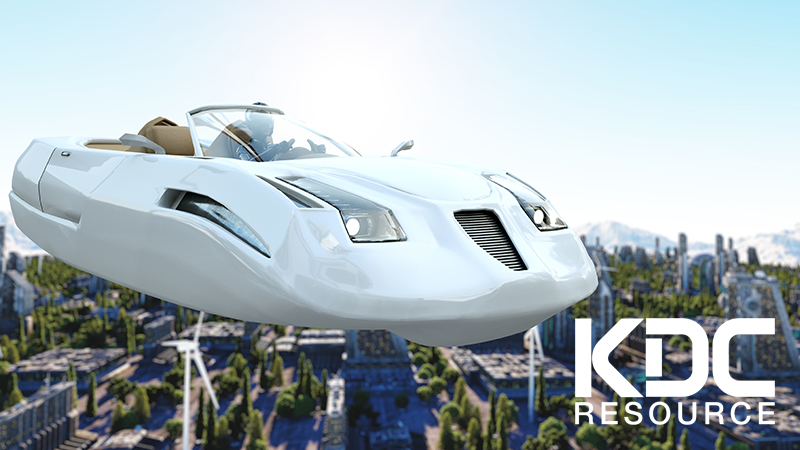 Air cars have recently emerged as a popular sector in the eVTOL market. Granted, they are not new inventions, but the publicity surrounding the latest test flights has brought them to greater public attention.

Like other eVTOL vehicles, air cars face challenges on the road to commercial rollout. Which of these are universal across the eVTOL industry, and which are unique to air cars?

The Shared Challenges of eVTOL Rollout

We have previously written in greater depth about the challenges facing the eVTOL industry. But, it is worth recapping some of these issues and how they relate to air cars.

First is the concern facing all eVTOL manufacturers: batteries. Current battery technology works but is not as efficient as it could be. Improving battery density and optimising battery use will be key to long-term and sustainable products. While this partly depends on the actual materials used, the vehicle’s AI is just as important. Training an autonomous system to make the most of its battery will create more efficient and useful vehicles.

Similarly, many manufacturers struggle to balance material and production costs against consumer pricing. It will be vital to bring down prices to create a competitive market. However, this is more of a concern for air cars, as they are meant for full ownership by the consumer. Therefore, the vehicle’s cost is not hidden from the end-user behind ride prices and rentals.

Another issue shared by eVTOL companies is public acceptance. Safety and service concerns are ubiquitous with any new technology, and autonomous flight vehicles face this more than most. But, the biggest difference for air cars again comes down to consumer purchase. Users must see the vehicle as value for money otherwise they will not buy it. For a company like AirCar Corp, whose vehicles will be competitive with luxury cars, this should not be too much of an issue.

The Unique Challenges for Air Cars

Perhaps the most glaring unique challenge for air cars is infrastructure – both at home and in cities. The most logical setup is shared infrastructure with air taxi companies, as there would be facilities for charging and possibly maintenance.

However, the point of an aircar is that the user parks it when not in use rather than hailing a ride. So, air cars would need parking spaces, which would take up valuable room in a vertiport. Joby Aviation’s recent partnership with an American parking garage company would have the facilities and infrastructure to incorporate air car parking spaces.

Regardless of where an owner parks their aircar, there might be problems with charging. There might be different charging ports for different companies or universal adapters. Current electric cars come in three classes, which use different chargers. We will likely see a similar situation with air cars, but this will be more of a problem for users because they will be less common.

Parking and charging at home is a different matter entirely. Owners would need to install their own charging stations, an issue already faced by electric car owners. While cost is one thing, demands on the power grid are another. And, depending on the class, EV chargers use different voltages to mains electricity. This would require adapters and rewiring, further adding to the cost.

It is no secret that creating a new transportation market presents problems. How the industry addresses these will be key to its success (or failure). Whether companies act like Tesla, creating their own infrastructure, or like every other EV manufacturer, and share infrastructure, remains to be seen. Developing universal charging technology would certainly ease the rollout and acceptance of air cars.

Of course, this is not the only challenge. Addressing battery optimisation, autonomous flight, safety, and parking locations will be vital for the developing fully-owned eVTOL sector.