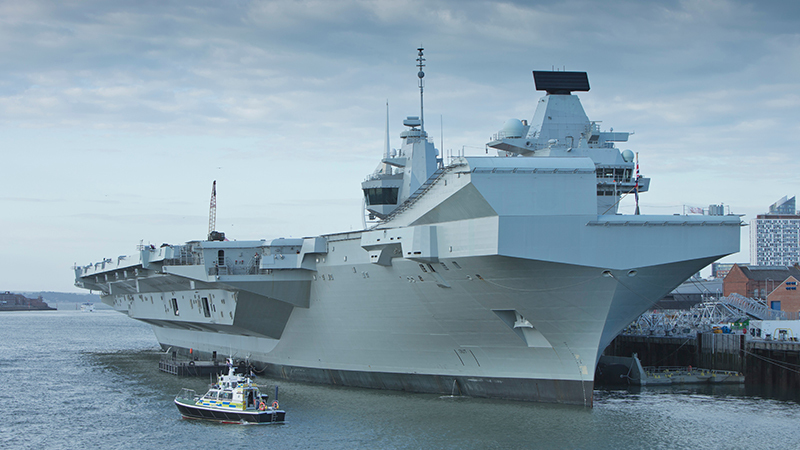 In a major reversal of recent trends, the UK government announced early in 2021 that it was investing in the Royal Navy again. The 2021 Integrated Review laid out the government’s plans for more ships, new weapons, and future-proof technology.

But, as we might expect, such a plan presents significant logistic and budgetary challenges.

Challenges of Expanding a Fleet

The most glaring issue with these plans is balancing them against the government’s proposed budget cuts for the Armed Forces. While these mainly apply to day-to-day spending, an audit in 2020 highlighted a £13 billion gap between spending and budget. Even though the budget will see an increase in the coming years, this money must come from somewhere.

A similar issue will be catching up with the budget cuts from previous years. Four of the Navy’s Type 45 destroyers are currently laid up due to maintenance and servicing. Whether this is a direct result of budget cuts is unclear, but it is a sign that the Navy’s current Surface Fleet is aging.

Replacing in-service ships with a new fleet is expensive and time-consuming. Currently, there are three new classes of ship in production, but we won’t see all of these in service until the 2030s. This means the Navy must rely on current ships for a decade, resulting in further maintenance and delays. Similarly, it will mean a decline in active ships during the 2020s, possibly to as little as eight frigates.

As we discussed in a previous post, the Navy plans to move towards autonomous technology for mine hunting and other dangerous operations. It is a sensible move, but will mean a shorter lifespan for technology, and therefore faster turnaround between vessels.

For example, current mine hunter ships entered service in the 1980s. After nearly 40 years, they still do their job as intended. Of course, the technology is aging but is not outdated or replaced in the same way as autonomous technology.

Perhaps one of the most minor challenges will be creating a workforce to build these new ships. The Navy plans to build its three new frigate types in British shipyards, and we can only hope there will be a talented workforce ready to jump into the roles when construction begins.

The Royal Navy on the World Stage

The 2020s are probably going to be a challenging decade for the Royal Navy. Its plans to revolutionise its fleet will put it in a much stronger position on the global stage, but there are still many years to go.

Of course, the UK has never had a massive naval fleet compared to other countries. The proposed expansion will not change this; it would be unreasonable to assume otherwise.

But, what the Royal Navy lacks in size it makes up for in technology. It has always been a leader in technological warfare, and that will remain the case in the future. Considering the Navy competes with the likes of China, Russia, and the USA with a fleet almost a tenth of the size, it is in a fairly strong position.

Overhauling the naval fleet in this way is a bold choice and is fraught with challenges. Of course, it is necessary to keep the UK in such a strong position compared to other global players. The strategy’s success will depend on careful planning and budgetary control, so it will be interesting to see how it plays out.