The Challenges of Autonomy in Urban Air Mobility 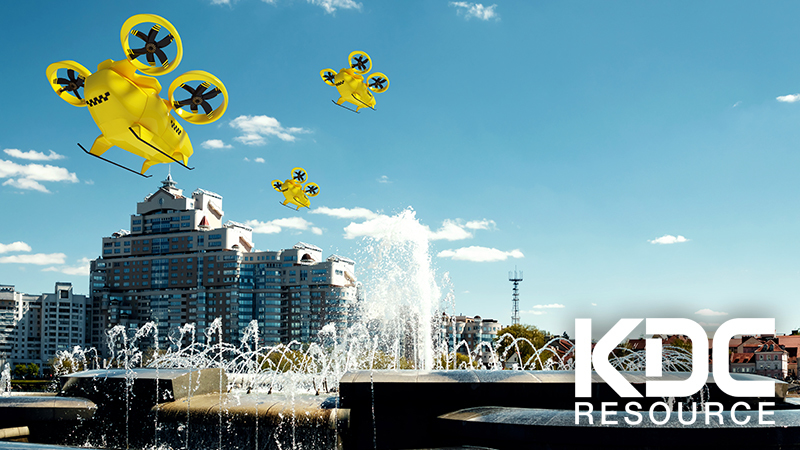 With the push towards electric aircraft and air taxis, autonomy has quickly become an essential topic in urban air mobility. Due to its novelty, it presents a wide range of challenges to tech companies and manufacturers.

Along with the personnel side of things, there is the consideration of how effective current autonomous technology is to a UAM application, and what modifications must be made. How the industry adapts to these challenges will shape the future of aerospace autonomy.

The first significant challenge facing the rollout of UAM autonomy is sourcing the right expertise for the job. While ground-based autonomy, such as driverless cars, has made progress in recent years, autonomy in the sky is an entirely different issue.

It is fair to assume that many of the skills will be the same as for autonomous ground vehicles, such as computer programming, knowledge of AI, robotics, and cybersecurity. Aerospace presents an entirely different environment for autonomous vehicles, but the driving technology and expertise will remain mostly unchanged.

However, the key issue remains that areas of expertise are combined with those who understand UAM technology and its environment. Driverless cars, for example, arguably deal with a finite range of hazards. Pedestrians and cars can be unpredictable, but they still exist within a generally set environment.

The sky, on the other hand, presents a more gigantic and unpredictable environment. Therefore, any skills and expertise used for driverless cars will need to be adapted to fit this space; we can only do this by teaming up with aerospace experts who understand the hazards and challenges it presents.

Eventually, engineering departments at universities will likely integrate these disparate areas into courses applicable to UAM autonomy. However, the industry will have to rely on transferrable skills and the sharing of expertise for now.

Once the technology has been chosen for aerospace autonomy, from hardware to software such as AI and big data, will all need to be built, tested and optimised. An essential part of this will be creating algorithms around which the AI and machine learning skills are based.

Again, there will likely be a large amount of skill-sharing from current autonomous projects, which will have to be adapted and modified for aerospace. The only way to do this effectively is to work with aerospace engineers and pilots who can offer real-world and applicable knowledge to the project.

In short, UAM autonomy will pull engineers from a wide range of backgrounds, including AI, machine learning, data capture and analysis, and robotics. Of course, this does not even cover the physical engineering of the autonomous aircraft themselves, which will present a different range of challenges.

As mentioned, finding, and testing the right technology for autonomous aircraft will present a unique challenge in the near future. The fundamental basis of autonomous vehicles may remain the same for air and ground, but technology's application differs significantly.

A recent edition of Insight by the Aerospace Technology Institute listed no less than thirteen new technological processes needed for autonomous flight. These include features such as departure guidance, approach selection, auto shutdown, and, of course, traffic avoidance.

The latter is perhaps one of the biggest challenges in aerospace autonomy. On the ground, traffic avoidance relates mainly to other vehicles and pedestrians, existing in a 2D environment as they are on the road in front, behind, or to the vehicle's side.

In the sky, however, obstacles can also exist above and below. While AI might predict the occurrence and pattern of buildings and other aircraft, it will be a much more significant challenge to predict birds' flight patterns. To compensate for this, the AI will have to be highly responsive in its traffic avoidance.

Then there is the issue of changing weather conditions and how they can impact flight paths and indeed the ability to fly altogether. As we discussed in a previous article, surveys have shown that the viability of flying in icy and windy cities is currently relatively low.

The key behind facing this challenge will be choosing and testing the right sensory equipment, along with responsive AI. LIDAR and radar offer potential options for this issue, particularly electronically scanned array (ESA) radar. Echodyne has recently unveiled a lightweight and powerful ESA radar designed specifically for autonomous vehicles and UAVs. Perhaps organisations will adapt this kind of technology to suit the autonomous aerospace industry.

Finally, there is the issue of safety, both physical passenger safety and cybersecurity. Two-pilot systems currently used in commercial aircraft offer a relatively safe system: if one pilot is incapacitated, the other can take over. Removing both pilots and relying purely on AI, therefore raises complications about passenger safety.

The push is currently towards manned-unmanned partnerships, such as the aircraft communicating with air traffic control to maintain safe flight patterns. Alongside this, engineers are improving AI's reliability and safety to reduce safety issues altogether.

The same is true for cybersecurity in autonomous aircraft. The industry currently relies on the type of cybersecurity used in military UAVs. However, the system will need to be impenetrable if we rely on an entirely uncrewed system.

As it stands, technology and the scientific knowledge behind it is not quite at the point of autonomous flight. To reach this considerable milestone, we will need to invest more time and resources in the critical issues considered above: traffic avoidance, reliable AI, and safety and security.

Before we have resolved these issues to the point of almost perfection, public acceptance of autonomous aircraft will remain low. The theoretical knowledge and determination to make this happen to exist, but physical technology still has a way to catch up.