The Combustion Engine is Going the Way of the Dinosaurs 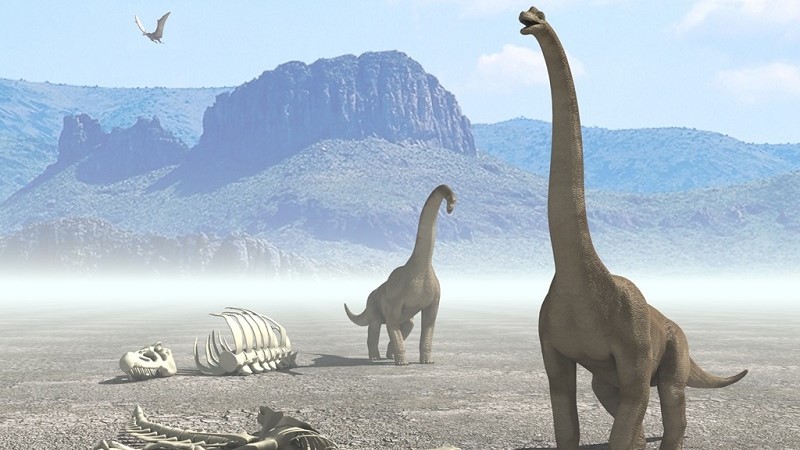 The combustion engine in its current form is an incredible feat of engineering.

The synergy between mechanics, electrics and electronics is akin to the kind of symbiosis found in nature. Oh the irony.

The automotive industry has worked tirelessly to squeeze every ounce of power out what is – essentially – a 160-year-old piece of technology. All the while trying to use as little fuel as possible in the process in, an effort to stave off inevitable extinction.

It’s hard to imagine a world without petrol and diesel powered cars. Roads being populated with electric vehicles will be like something out of science fiction.

But, in reality, it’ll be decades before combustion engines disappear from the world’s roads, if not longer. Mainly because those bans are related to new cars.

This means petrol and diesel cars already on the road will stay there until at least 2050. But with just over 6% of the world’s nations committed to the ban, it is likely to be a lot longer.

Then again, if the countries where car companies make the most money commit to banning new combustion engine cars, the manufacturers will have no choice but to fall in line.

The move away from fossil fuels has been building for years. The legal maelstrom that currently surrounds the automotive and petrochemical industries suggests they knew about the damaging effects of fossil fuels for decades.

They were just making as much profit as they could for as long as they could. Presumably hoping that some Star Trek style technology could reverse the damage to the environment.

It also means they had plenty of time to prepare for the inevitable move away from fossil fuels.

Not least amongst those moving is Volkswagen Group, which announced a few years ago that they would only produce electric vehicles by 2026, now just 7 years away.

But this has come after the group has been gradually consolidating its offering to make it easier and cheaper to roll out electric versions of their prodigious range of vehicles.

A commitment from them is big. Seriously big. Although many suspect disingenuous. Few can see Bugatti, Bentley, Porsche or Lamborghini going all electric any time soon. Mainly because the energy consumption would render performance cars essentially useless. Beyond the first 20 minutes at least.

Meanwhile, Nissan, Kia, Hyundai, Renault and BMW have all produced at least one electric vehicle and despite the price tag, sales are buoyant.

Not to mention the erratic rise of Tesla and its range of high-ticket cars and the ‘Tesla Semi’ slated for release in 2020.

The trucking industry may well be where the battle for the environment is won or lost.

Trucks alone account for 5% of the EU’s total CO2 emissions.

Tesla claims its Semi can travel 600 miles on a single charge with the option of carrying additional Tesla batteries to keep the truck on the road for longer.

Averaging around £130,000, it puts them in the ballpark of rival truck companies.

However, some diesel trucks have a 2,000-mile range which blows Tesla’s claims out of the water. However, with truckers being limited by the number of hours they are legally allowed to drive for, a range of 2,000 miles is not a big a deal as it may seem.

Should VW owned Scania decide to make the move to electric trucks in the near future (which is likely considering their recent electric bus unveiling), that market could get very competitive very quickly.

Taking to the Skies

There is a lot of new technology in the works, including self-driving cars, a raft of next gen electric vehicles boasting incredible range – and even new battery tech on the horizon.

Micromobility will undeniably have a major impact on urban transport in densely populated areas. Companies like Jump and Swiftmile are working to take cars and motorbikes off roads, reducing congestion and emissions.

Although it's swapping one form of traffic for another. There is an inherent risk attached to flooding city streets with e-scooters and bikes, especially in countries that lack clear legislation in terms of how such vehicles should be used or the required level of competence.

A cycle proficiency test won’t hold much weight if there’s a mass e-scooter crash in central London on a Monday morning.

Micromobility will undoubtedly ease the problem. Fewer cars and lower emissions is a good thing, it just may not make navigating busy cities any easier or any safer.

Even Elon Musk’s hyperloop technology will undoubtedly play a part in providing humanity with fast, clean transport. And may even hold the answer to international travel if the aerospace industry doesn’t come up with an alternative, clean engine.

But several companies scattered around the world see the future of transportation to be in the air. Specifically, eVTOL automated aircraft can take you where you want to do at the touch of a button.

The market is starting to hot up as more and more companies make their pitch to investors, cities and – ultimately – consumers that their idea will work. With Ford, Airbus and Rolls Royce all investing heavily now too it's an area that will undoubtedly have a future in one form or another.

And it’s no small thing – essentially changing the way we think about travel. The car has been part of our lives for generations. To the extent that any other mode of transport before it seems comically archaic. Despite the horse being the primary mode of transport for centuries.

By comparison, the internal combustion engine is a young upstart.

However, if successful, the airspace around cities could be filled with small aircraft taking commuters and families wherever they need to go.

This would not only reduce emissions and congestion but potentially change the way we live our lives.

If a proportion of the population is going to fly everywhere then there is an argument for redesigning cities for buildings that can support that way of life.

While it’s unlikely that eVOTL craft – be they piloted or automated – will replace wheeled vehicles any time soon, it’s a big step forward towards the kind of world usually seen in movies that have the word ‘star’ somewhere in the title.

And like those movies, it’s going to be great fun watching the technology progress. The more likely outcome is a blend of new technology will solve the fossil fuel question. As great as electric vehicles are, they require charging which already taxes an underequipped power industry. At a time when power stations are being shut down.

Renewable energy is trying to pick up the slack but there's no escaping the technology doesn't produce as much energy as gas fired power plants. Scientists are working on fusion technology which - if successful - could be the answer to our prayers. But that's years away from a full functioning prototype, letalone building fusion reactors all over the world.

That means we're going to need some solutions other than sticking an 'e' in front of everything and replacing a heavy engine with lots of heavy batteries.

KDC Resource are expert technical and engineering recruiters in the emerging and disruptive technology markets. If you’re looking for a new role and want to work with some of the most cutting-edge tech, submit your CV today.

Or if you need helping to find the best talent to deliver your next project, we can help. Register your details with us and a member of the team will be in touch.