The Criminality of Social Media 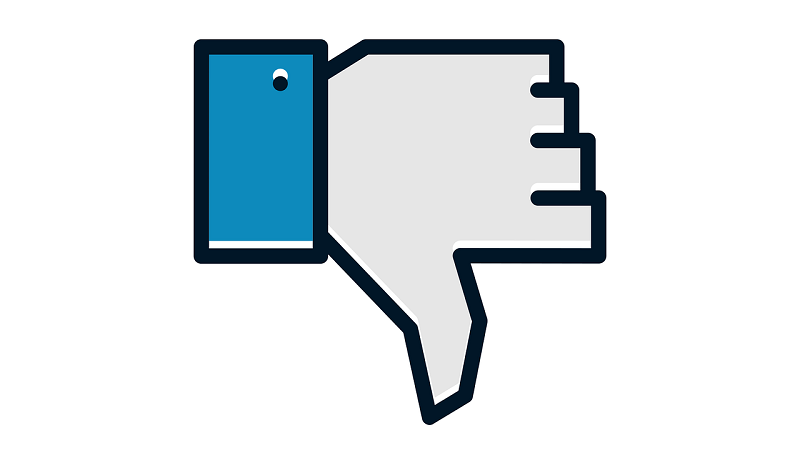 The dark web is known throughout the world as the virtual Badlands where hackers and criminal types communicate and trade everything from data to weapons.

Whatever your poison, websites like Silk Road will have what you need. Including actual poison.

It’s important to appreciate that the dark web is not the sole domain of villains. Anyone can use encryption software like Tor to hide their site from the wider world.

Similarly, people living under totalitarian regimes or strict censorship laws can use the dark web to communicate with the outside world, undetected.

The problem is that operating in the dark web is a little like life in the old west. You’re safe in your isolation until you slip up. Then bandits descend and burn everything you have to the ground.

A little dramatic but any lapse in security tends to be costly. Especially if you’re up to no good and identified by security services.

Perhaps in response to this or through sheer bravado, hackers are now using Facebook groups to sell their wares.

Facebook has been in the press all the wrong reasons recently. Misuse of user data, state sponsored ads, third party data mining, fake news (the real kind not negative reporting) and trolls abusing users or the recently deceased.

Most recently the platform has blocked a disability support service from posting ads because ‘some people see disability as disturbing’.

None these headlines showers the platform in glory. Or does anything to rebuild consumer confidence as daily active users have started to decline in Europe and stagnate in the US.

The latest news that Facebook hopes to improve their reputation is that they recently shut down dozens hacking groups on their platform.

The 74 groups identified have around 385,000 members and have effectively turned Facebook into an online marketplace selling stolen bank details, account logins and software for spamming or criminal activity.

Facebook reports that they have removed most of the groups. But the obvious question is: how were these groups allowed to exist in the first place?

Moreover, Facebook admits that new groups have already been set up in response to the purge.

But then again, we can’t place all the blame squarely at Facebook’s feet.

Social Media have given the world an unregulated sandbox to hide all sorts of nefarious deeds.

According to an investigation conducting by Zerofox, in a one-month period, there were 53,000 alerts for scams relating to V-Bucks. The in-game currency of the game Fortnite. 86% of scams originated on social media.

Other platforms – such as Twitter – have been dealing with spam accounts and the like for years. With varying degrees of success.

The Adolescence of Social media

While it’s unquestionably good that Twitter deletes accounts promoting extremism (of any sort). Or spam accounts attempting to lure unwary users into scams.

The fact that it – and other platforms – are having to do so highlights one of the biggest problems with social media.

While social media as we know it has been around for years, as an industry no one could have predicted its global adoption.

And because it’s on the internet it has been allowed to grow in a largely unregulated way.

The downside of mass adoption and a lack of oversight is that the various platforms are struggling to keep up with the rate at which an active minority seek to undermine and abuse them and their users.

The result is a deluge of bots and fake profiles.

Twitter claims it has 321 million monthly users. According to research conducted by Gizmodo they estimate only 40-60% of the accounts are real.

How does Twitter begin to tackle a problem of that size?

But the issue is the same whether it’s millions of users or a few hundred thousand. The social media companies are struggling to keep up with the agility with which criminals, extremists, state actors, conspiracy theorists and the like can move.

For all their youthful vigour, the social media platforms are reaching maturity and experiencing the same problems as any other globe spanning organisation.

Mark Zuckerberg in March of 2019 wrote an opinion piece for the Washington Post calling for legislators to play a more active role in controlling the internet.

It’s a contentious topic as many – if not most – of internet users would champion the need for a largely unregulated internet.

The issue with legislating over a global network is that no two countries have the same laws and guidance. This means what’s legal in one nation may not be legal in another.

“Every day we make decisions about what speech is harmful, what constitutes political advertising, and how to prevent sophisticated cyberattacks…

“These are important for keeping our community safe. But if we were starting from scratch, we wouldn’t ask companies to make these judgments alone.

“Lawmakers often tell me we have too much power over speech, and frankly I agree.”

Although, even if legislation was passed – and even if it was internationally binding – it’s hard to see how it would curtail the illegal and unwanted activity on social media platforms.

It would perhaps give platforms a clear process for reporting lawbreakers rather than simply kicking them out. However, one must assume that they’re reporting these people already.

Or one would hope.

But it still comes back to the same issue – social media platforms neglected to put safeguards in place that would protect themselves and their users from the predations of those who would do them harm.

Now we have an online ecosystem that is both unregulated and growing exponentially. And proving to be fertile ground for illegal activity to take root.

In broad daylight, where everyone can see them.

It takes a special kind of arrogance to set up a Facebook group dedicated to selling stolen data. It takes something far worse to put nothing in place to it prevent that from happening in the first place.

It remains to be seen whether Facebook will take dramatic measures to prevent illegal activity on its platform.

Following accusations of moral bankruptcy following the live streaming of the Christchurch Shootings in New Zealand, it’s not a good time for Zuckerberg’s social network.

But with ads promoting genocide, conspiracy theories and alt right propaganda, as well as the live streaming of suicides, murders and sexual assaults, it’s easy to see why.

Facebook hides behind a position of freedom of expression for its users. That anyone should be able to share whatever they choose and the risk of inappropriate or harmful content is worth the trade.

Then almost in the same breath, Zuckerberg calls for controls.

Perhaps Zuckerberg is inviting legislatures to clamp down on his platform, so he doesn’t have to and risk being branded something far worse than a villain.

KDC Resource are expert recruiters in the cyber security field. If you need support with your requirements contact us today and a member of the team will be in touch.

Or if you’re looking for you next role, submit your CV.