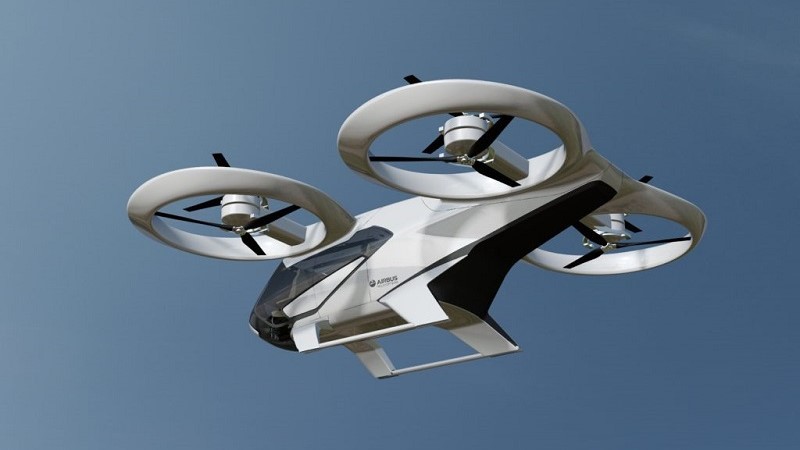 It’s welcome news for businesses working in this emerging market as current frameworks don’t accommodate the sheer variety of aircraft in development and could lead to arbitrary classification. Which could lead to an unfair competitive edge.

The current regulatory framework was designed with fixed-wing, rotorcraft, balloons and sailplanes in mind. Propulsion was also provided by piston or turbine engines, using fossil fuels.

The emergence of new technology isn’t also easy to predict so it is no surprise that the current framework doesn’t accommodate aircraft of this type.

There was just no way of knowing that air travel could become not only a viable alternative to conventional transport but partially or wholly electrically driven.

With the passenger drone and VTOL markets heating up it was no doubt a welcome relief for the manufacturers. After all, they were essentially developing aircraft that weren’t legally allowed to fly, let alone carry passengers.

What does the Framework Say?

According to the EASA:

The framework applies to person-carrying VTOL heavier-than-air aircraft in the small category, with lift/thrust units used to generate powered lift and control.

The small category covers aircraft with a passenger seating configuration of 9 or less and a maximum certified take-off mass up to 3175 kg.

The certification objectives are made dependent on the type of operation in order to provide flexibility and proportionally and also to give clear visibility to the industry of the objectives for their designs.

Two certification categories are introduced in this special condition namely Basic and Enhanced and are linked to the intended type of operations.

A direct relationship between airworthiness and types of operations already exist, for example when certifying for VFR or IFR operations.

Introducing this additional link provides greater scalability in setting safety objectives and allows to assign the highest safety levels of Category Enhanced to the protection of third parties when flying over congested areas and commercial air transport of passengers.

The operational rules can then be built on demonstrated aircraft safety levels and adapted as necessary to local particularities. The Agency engaged with its international partners in order to work together towards achieving common standards.

What does this mean?

Although explained in the full document – which can be downloaded here – it outlines how hybrid and eVTOL are permitted to operate.

It’s clear at this stage the EASA doesn’t foresee these kinds of craft as a viable form of mass conveyance. Nine people isn’t inconsiderable and certainly bigger than the average family, but it wouldn’t be much use to anyone other than schools taking students on a short residential. Although Uber and other organisations will likely see the earning potential in ferrying small groups of executives to meetings and the like.

Where it does open up the potential for, however, is emergency services. Police and ambulance VTOL craft could be exactly what is needed to overcome worsening traffic conditions and stretching response times.

Flying above the streets rather than trying to fight their way through could make all the difference.

There is also a huge emphasis on safety.

This is entirely understandable. Light aircraft and helicopters don’t have the best safety records so any organisation that offered either VTOL or automated VTOL aircraft as a transport solution needs to be confident lives won’t be put at risk.

The framework covers what the EASA expects from the aircraft in the event of emergencies and how manufacturers can protect passengers.

From a sales and marketing standpoint, reassuring potential customers/passengers will be pivotal to encourage early adoption and a strong foothold in the market.

How does it impact manufacturers?

For manufacturers of fixed-wing and other conventional aircraft – very little.

For the eVTOL market, it’s welcome news indeed as up to now their aircraft could not progress beyond the experimental stage – no matter how many investors they found or how many pre-orders.

It’s also a big step towards a future in which eVTOL craft will become a commonplace form of transport. Or at least that’s what the eVTOL trailblazers are banking on.

However, now there’s a framework in place it will act as the proverbial starter’s pistol for some of the bigger aerospace companies to begin heavily investing in this new market.

While some – like Airbus – have been actively developing a prototype, others have been spending their money purely in an ‘investigative’ capacity.

Essentially determining the viability of the hybrid and eVTOL solutions without getting in too deep. Few aerospace companies can afford a misstep in a market of tightening margins and unpredictable sales.

The EASA’s announcement will force those companies either commit or cut their losses.

Or start buying up the smaller outfits in an effort to keep up with – or overtake – the major players.

There’s a real possibility that the market is going to undergo a great deal of change as businesses rise, fall or get absorbed into others. How the sector looks in 12 months’ time will be very different to how it looks now.

Regardless, we can expect to see the development of the various hybrid and eVTOL craft speed up significantly as the European market has essentially had the ‘open for business’ sign hung on the door.

Realistically we’re still a couple of years away from any form of VTOL craft being commercially available and it’ll be a couple more years before there’s any kind of mass-market adoption.

However, the framework is a huge step towards a future where flying cars are not only a reality but commonplace.

If you’re looking for an exciting new opportunity, then upload your CV today.

Or if you’re looking for top technical talent and would like support in filling your requirements, we want to hear from you. Contact us and a member of the team will get back to you.