The Evolution of Radar Systems: A Cornerstone of Modern Technology 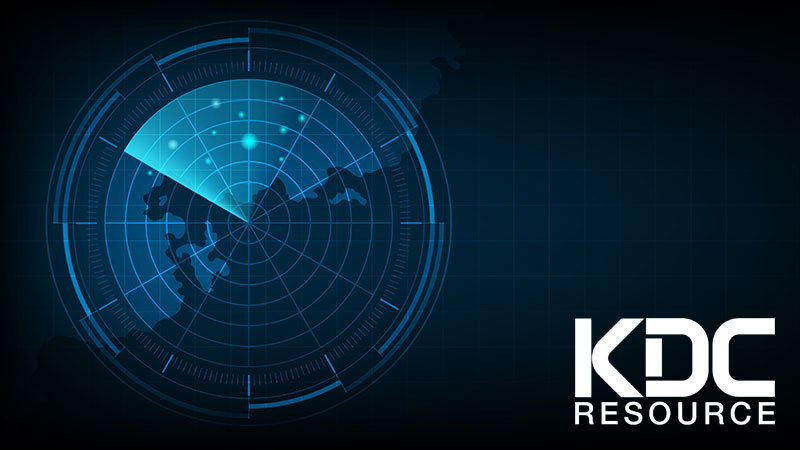 Radar systems have a wide range of military and civilian applications; everything from early warning systems to meteorology has found a use for this technology. As radar accuracy improves and technology becomes more compact, we will likely see even greater applications than we currently have.

We thought we would take this opportunity to look back over the history of radar to see how far it has come and to see what the future holds for this fundamental branch of technology.

A Brief History of Radar

We can trace the origin of radar back to the late 19th century when German physicist Heinrich Hertz proved the existence of electromagnetic waves. In these experiments, he found that electromagnetic waves could be reflected off and transmitted through different materials, a phenomenon utilised by Guglielmo Marconi and Charles Samuel Franklin in their experiments on short-wave radio.

In 1904, German physicist Christian Hulsmeyer demonstrated the application of radio waves for detecting objects. He used it to help avoid collisions between ships and, while not technically radar, his experiments were fundamental to the development of later technology.

During the interwar years, radar found a home in meteorology. British meteorologist Robert Watson Watt used it to detect thunderstorms and pioneered the use of oscilloscopes to show radio signals. By 1935, Watt was involved (along with Arnold Wilkins) in developing radio technology to detect the distance of aircraft. On June 17th, 1935, the first use of radio detection and ranging was officially recorded in Britain.

The five years leading up to the start of WW2 saw eight nations creating their own versions of radar technology. It was widely believed that the ability to detect enemy planes and ships would soon be useful, as the major world powers at the time were aware of the looming threat of war.

It is not unreasonable to say that radar was one of the most important forms of technology during WW2. The Battle of the Beams - early competitive espionage and research between the UK and Germany - led to a swift and significant jump in the precision, range, and accuracy of radar technology. The UK, with financial backing from the USA, produced a magnetron that was a thousand times more powerful than the USA’s current technology and gave the Allies a significant advantage over Axis powers.

The immediate post-war years saw the invention of more sophisticated radar systems, including the Pulse-Doppler radar and phased-array, which allowed for more accurate readings and quicker repositioning of systems. The Cold War era saw further advances in systems, particularly in the USA and USSR due to the threat of nuclear war.

Alongside military applications, radar saw increasing use in the civilian world. In 1952, the US Civil Aeronautics Administration introduced radar for plane departure and arrival. By 1960, all planes needed to carry a transponder with its specific identification information. Similarly, meteorology saw a boost from military radar technology. Beginning in 1980, Doppler radars became standard for weather pattern prediction. Combined with modern computer algorithms, these radar networks can predict weather occurrences with surprising accuracy.

In the last 60 years or so, radar technology has boomed. It can now be found in police speed guns, astronomy, healthcare, security, construction, and more. While physical technology has improved, its increasing range of applications is also thanks to improvements in computer technology that allow us to do more with the basic radio signals.

While Hensoldt is not the only contemporary manufacturer of radar technology, it is certainly a good example of where we currently stand. Originally part of the Airbus defence division, it is now part-owned by the German Federal Ministry of Defence.

Its IFF (Identification Friend or Foe) radar can differentiate between friendly and enemy signals with extreme accuracy, which improves the overall combat effectiveness of both aircraft and detection platforms. In 2018, Hensoldt was able to detect two F-35 jets (known to be invisible to radar) for 150km using its TwInvis technology. This development only serves to highlight the rapid development in radar technology; when the F-35 first flew in 2006, it was officially undetectable by radar.

Hensoldt also develops airborne radars that are in use on a range of manned and unmanned aircraft. Its Detect and Avoid system is designed for collision avoidance on drones, and will likely be scaled up into other unmanned projects in the future.

But its technology has both offensive and defensive applications. The company developed the SPEXER radar family specifically for security applications. It uses pulsed radar and Active Electronically Scanned Array technology to detect air, ground, and sea targets, and is primarily used for perimeter and border security.

The Future - Leonardo UK and The Tempest

As we discussed in a previous article, the Tempest promises to be the UK’s answer to next-generation warfare. Of course, this requires next-generation technology, particularly radar. Leonardo UK is part of Team Tempest and is tasked with developing radar detection systems suitable for such an advanced aircraft.

Specifically, Leonardo’s detection systems are four times as accurate as current technology and only 1/10th of the size. Its smaller size means less energy consumption, but, more importantly, that it can be integrated into a wider array of applications.

To detect and identify enemy signals, the Tempest’s sensors will need counter evasion measures along with the ability to be updated as these threats change. This is one of the most fundamental advances in radar technology found on the project, as it will require a level of flexibility and sophistication we currently do not have.

As the Tempest will have both manned and unmanned options along with drone swarming technology, its radar setup will be a crucial aspect of its overall functionality. While this is arguably true of any aircraft, it will be vitally important when flying such a large (and expensive) aircraft without human intervention.

Leonardo recently bought a 25% stake in Hensoldt, making it the second-largest stakeholder in the company. It is very likely, then, that we will see adapted forms of Hensoldt’s technology integrated into the Tempest’s array. The companies collaborated on the Eurofighter Typhoon project, so this is not necessarily a new relationship.

The Fundamental Uses of Radar

The influence of radar on modern technology cannot be overstated. Its use in detection platforms, whether for planes, weather, or planets, provides us with incredible accuracy and the ability to manage everything from military threats to freak weather patterns. As a result, its benefit to human civilization should be obvious.

While we can probably make accurate predictions about the next 10 years of radar technology, it is likely we will see advances that currently seem almost impossible. Radar’s use in eVTOL technology and other UAV applications will likely see another major advance in technology that will change its use in other areas too.