The Fundamentals of Battery Tech 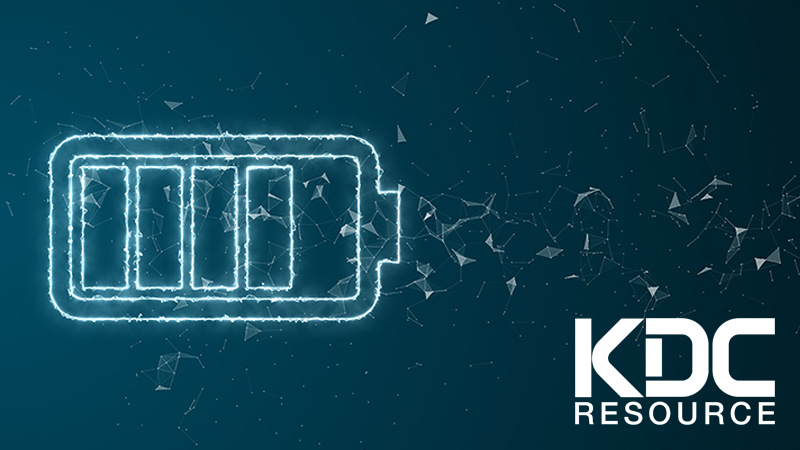 Rechargeable batteries have become ubiquitous in our everyday lives. From mobile phones to electric cars, the ability to plug our devices in and power them up has become second nature.

But many of us overlook the more profound understanding of battery packs and how they are produced. Considering they are made from potentially rare and finite materials, it is worth diving a bit deeper into the batteries' issue to understand how we can move forwards with a product that will only become more popular.

What exactly is a battery?

It is fair to assume that anyone could define a battery: a portable power source for a wide range of electrical devices. According to Science Direct, though, a battery pack includes:

All batteries contain the same essential components: an anode, a cathode, electrolyte, and a separator. Each is necessary for a battery to function. In lithium-ion batteries, the cathode is the lithium ions source, which passes through the electrolyte to the anode.

These four components make up a single cell, a battery in itself or used alongside other cells to make a larger battery. For example, a AA battery is one cell, but a typical car battery contains six cells.

The cathode contains lithium oxide, which is attracted to the active material in the anode. It passes through the electrolyte solution, which contains salts and solvents to enable the passage of lithium ions.

The separator, as the name implies, provides an absolute barrier between the anode and cathode. They are usually made of resin, such as polyethene and polypropylene, and their construction determines the battery’s safety.

EV batteries contain a range of rare earth minerals. At the most basic level, these are lithium and cobalt. However, some vehicles (such as the Tesla Model 3) contain permanent magnet rotors. These rely on much rarer elements, such as terbium, neodymium, or dysprosium.

While lithium and cobalt are not particularly rare materials, their inclusion in rechargeable batteries means that demand is incredibly high. Tesla recently warned of the impending shortage of what it calls “battery metals”.

What to consider when developing a battery pack

Different devices require different performance from their battery packs. Although all battery packs perform the same job at the most basic level, there are some essential things to consider when designing the most suitable battery pack.

As you may remember, from school physics classes, cell alignment impacts battery performance. Wiring the cells in series increases voltage, but wiring them in parallel increases amp hours.

This is an essential consideration for EVs because they often require high voltage and a long run time. Finding the right balance between the two is vital for optimum performance.

Sustainability is a big issue in the world of battery development, particularly during the design phase. The typical lifespan of a lithium-ion battery is up to three years using current technology. Of course, this can be improved on the consumer’s end with proper care, but developers are currently researching new ways to make batteries last longer in high-demand situations.

While lithium-ion batteries' main components are recyclable, increasing demand means they are still often mined for production; this comes with a range of ethical implications due to where these mines are located (more on this later).

From development to production, batteries are expensive. According to McKinsey, EV batteries' cost dropped from $1000 to $227/kWh between 2010 and 2016. Even so, this means a 40kWh would cost around £10,000 in 2016. In many cases, consumers rent batteries from the car company due to these high costs. However, the aim is to drastically reduce prices in the coming years to improve accessibility across all sectors.

The broader implications of battery production

As has already been mentioned, there are several broader implications in battery design and production. The most important are cost, material sources, and safety.

Batteries are expensive for several reasons, but it is mainly down to sourcing and mining the required earth metals. Lithium, for example, is not particularly rare but is the most necessary component of a lithium-ion battery. However, it is needed in large quantities: the Tesla Model S has roughly 12kg of lithium in its batteries!

Lithium is mainly found in salt flats. While the extraction method is relatively inexpensive, it has a high environmental impact. One tonne of lithium requires 50,000 gallons of water to pump it to the surface. In Chile’s Atacama salt flats, lithium production uses 65% of the area’s water supply.

In Tibet, another major site of lithium mining, chemicals are used during extraction; this has led to dangerous chemicals such as hydrochloric acid entering the local water supply. The same thing has been observed in Australia and North America.

Then there is cobalt. More than 70% of the world’s supply comes from the Democratic Republic of Congo, a country famous for its government’s corruption and human rights violations. Its cobalt mines are no exception, as child labour, modern slavery, and violence have all been observed.

As it stands, the DRC cannot be overlooked as a world source of cobalt due to its necessity. Several large companies are currently trying to formalise cobalt mining processes in the country to improve working conditions.

But ethical and environmental concerns are not the only considerations in battery production. The transportation of these materials – particularly lithium – requires a range of safety protocols.

Lithium is a highly reactive metal and easily catches fire; transportation to production facilities is difficult and expensive. Often it is rendered into the slightly more inert form of lithium oxide before transportation.

However, even when turned into a usable cell, lithium presents some risks. The United Nations has developed a strict safety protocol for the transportation of lithium-ion batteries. All batteries must be rigorously safety checked before packaging and must be packaged in several layers of resistant, fire retardant packaging.

There are also strict rules regarding fires on transportation vehicles. In air transport, planes are forced to land as early as possible to resolve the issue, and all transportation methods require batteries to be contained in UN packing group 1 (explosives) packaging.

Another critical factor is the environmental impact of shipping. From mining in China to South Korea production and sale in the USA, this impact can be significant. Depending on the length of its journey, transporting lithium-ion batteries can create a carbon footprint of 4.1kg CO2e/kWh.

In short, there are many reasons why batteries are expensive, and their impact goes well beyond the consumer’s wallet. In cases such as eVTOLs and EVs, these cost and production issues currently present reasonable barriers to this technology's wider rollout.

The expertise in building batteries

As you can imagine, expertise in lithium-ion battery tech is a big industry. From its initial development to modern improvements, much of the expertise can be traced back to a handful of companies.

One such company is LG Chem, a subset of South Korean firm LG; in 1999, the company began mass production of Korea’s first lithium-ion battery, and by 2011 was the third-largest manufacturer within its industry worldwide. Its annual production capacity by this time was 1 billion cells.

LG Chem manufactures batteries from start to finish and has developed its own advanced cathode materials for improved function and longevity. Also, the company has an R&D arm called LG Chem Power based in Michigan, USA. Its nearby production plant produces up to 200,000 EV battery packs each year for the American market, including Chevrolet and Ford.

China is another major source of battery production. As 60% of the world’s lithium processing happens there, this is hardly a surprise. Two large producers located in China are Ganfeng Lithium and Contemporary Amperex Technology Limited (CATL), which, along with US-based Livent and Tianqi, control 70% of the world’s entire lithium supply.

While the EU is positioning itself as a global leader in battery management tech, much of the chemical expertise is found in Asia and the US. China, for example, boasts several leading companies, all of which have dedicated R&D departments. The same is true for Korean LG. Japan is also making headway in the market, as Panasonic and Toyota have both started operating battery facilities with their own development departments.

The future of lithium batteries

It is fair to say that lithium-ion batteries have almost reached the extent of their ability. While they are useful in devices like smartphones and laptops, their use in EVs is limited by their sheer capacity. Add to this the issues of sustainability and ethics, and we will likely see a battery revolution in the coming years.

Tesla is already starting this revolution. They have made efforts to source their precious metals ethically and to reduce the process’s carbon footprint. Also, they offer end-of-life and recycling services on all their cars. Tesla also uses solar power in its Gigafactory to produce batteries for the US market.

Other avenues under consideration include adapting battery technology into new forms, such as lithium-sulfur and solid-state batteries. These provide greater energy density, greater safety, and better lifespans. Importantly, this makes them particularly appealing for use in eVTOLs.

Sustainability is a big issue for the future of battery production. As demand increases, so does our reliance on questionable sources. Ethical and environmental implications are well known, but little is being done to combat these in meaningful ways effectively. For batteries to shape the future of transport, this needs to change quickly.

Battery packs present the opportunity for a greener future in which we rely less on fossil fuels. However, we are at a unique point in the journey where the switch will require a rapid overhaul of our current understanding of batteries and their capabilities. To reach the true potential of rechargeable batteries, companies must take a hard look at production, sourcing, and broader environmental impacts.