The Future of Defence - Autonomous Warships 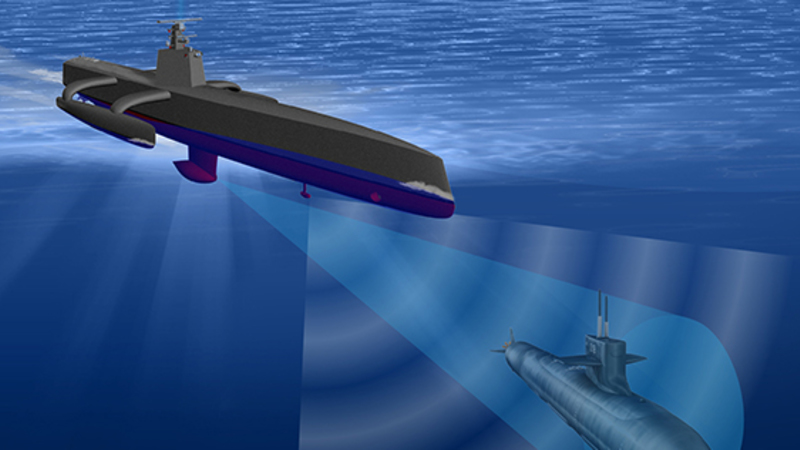 Welcome to the KDC Resource Future of Defence series where we'll discuss new technologies and their potential impact on the defence industry and society.

We’ve had autopilot in aircraft forever and unmanned cutting-edge fighter aircraft are likely in top secret trials.  Autonomous cars and trucks are on the horizon.  Drones are increasingly finding industrial, defense and battlefield applications.  Cargo ships are scheduled to begin autonomous operations as soon as next year.  But what about a potential future with autonomous ships on the high seas?

The US Navy is already trialling the Sea Hunter, an autonomous warship, designed by DARPA and christened in 2016.  Although unarmed, the Sea Hunter is a prototype that is designed to hunt for submarines.  A big advantage is that such a boat can be deployed for months at a time at a fraction of the cost of a fully manned equivalent.  If the future of warfare is autonomous, starting early is a huge advantage.

This is a big area of focus for the US Navy as submarines are one of the areas that China is actually ahead of the US, at least in terms of numbers. Where once it felt like US carriers ruled the seas virtually unchallenged, a huge fleet of submarines threaten this dominance, in the western Pacific inn particular.  While the quality of the Chinese subs is thought to have a wide variance, having a numerical advantage is a big worry to US military leaders and seamen alike.

Our own Royal Navy organised a demonstration event in 2016 named Unmanned Warrior, where real-life, full scale unmanned and autonomous systems were displayed.  However, budget constraints will likely mean that the necessary R&D to get autonomous ships designed and deployed are an awful long way off.

There is still the big autonomous elephant in the room - the ethical implication of a such a vessel, once armed, is still a massive grey area.  Ships that may have the capability to target and destroy without a human in the loop are possibly too far down a line that the world doesn’t need.  This is the “killer robot” problem that will need to be addressed by world powers sooner rather than later.

Whether or not the future of naval warfare is autonomous or not, it will surely be fascinating to watch the industry play out.