The Future of Drone Technology 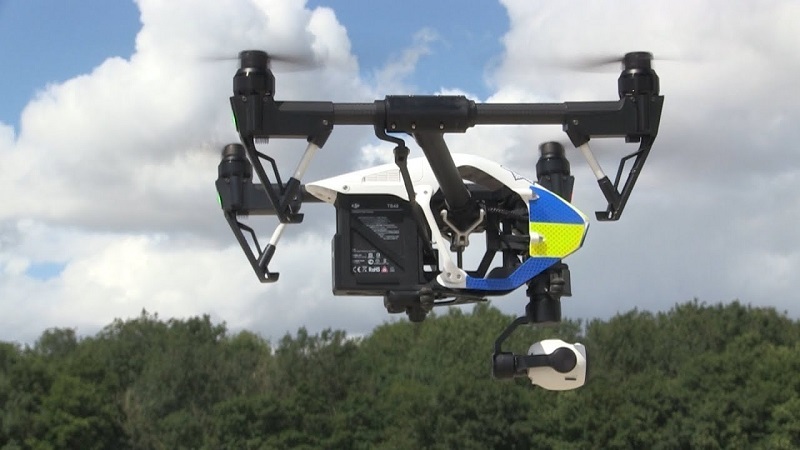 Both drones and armed UAVs have been a way of life for a few years now. Drones and their controllers occupy something of a love/hate relationship with the rest of society.

They are a harmless pass time one minute and a nuisance the next. And occasionally they’re used by activists to bring airports to their knees.

In December 2018 Gatwick Airport was shut down for 33 hours due to a drone flying near the runways. Over 1,000 flights had to be cancelled or delayed and around 140,000 passengers were affected.

However, drones are starting to occupy a widening number of roles in an increasing effort to make things more efficient, reduce emissions or reduce costs.

We’re just starting to see how far reaching this technology really is.

Unmanned crafts have been used by the military for years. Predator drones and other UAVs are the most common.

Although there are a number of much smaller drones used predominantly in a surveillance capacity by special forces and reconnaissance units.

But with military spending on UAS around the world expected to grow, what we’re currently seeing in service is just the tip of the iceberg.

In March 2019 footage broke of a drone, equipped with a shotgun, shooting down other drones as part of a capabilities test.

Designed to behave more like a fixed-wing rather than a rotor airframe, the drone is fast, highly manoeuvrable and programmed to automatically adjust for recoil so it can hit its target.

Presumably the airframe has been designed to accommodate other weapon loadouts and with swarm drone technology improving there’s not an awful lot stopping the Russians – or anyone – from developing drone fighter wings designed to swoop in, shoot everything that moves, and then bug out.

It’s like something out of a GI Joe movie but its undeniably a viable way of engaging with any combatants or insurgents. Especially considering how agile drones can be.

Clearly the Russians aren’t the only ones who think so.

The Kvadro-1600 is an electrically powered octocopter intended for tactical reconnaissance, targeting and data relay. Its armament can be replaced with surveillance hardware, antennae or supplies.

The effectiveness of these mobile weapon platforms remains to be seen but the relatively low cost and versatility undoubtedly makes them something the military will inevitably spend money on as drones are far cheaper and way easier to replace than a soldier.

In 2017 Land Rover partnered with the Austrian Red Cross to develop a special operations vehicle with a roof mounted drone equipped with thermal imaging.

Controlled from the vehicle, the drone can quickly and safely identify those in need of medical attention and direct first responders to the scene.

Drones are already being used to search through collapsed buildings following natural disasters or major accidents. Equipped with thermal imaging technology, the drones can lead first responders and other rescue workers to survivors trapped in the rubble.

More recently drones are being used to deliver aide in order to give the wounded more time as rescue teams work through the rubble.

Going even further some organisations are devising ways in which drones can deliver medical supplies which is of particular interest to countries that have a large number of remote communities and poor infrastructure.

Other models include a defibrillator version that can respond rapidly to report of a patient in cardiac distress. By the same method, organs could be transported via drone. Turning a fraught drive through congested areas for an ambulance or paramedic into a relatively easy, uninterrupted journey for a drone.

The cost savings alone make it a no brainer.

Even airlines are trialling the use of drones to survey aircrafts between flights to identify any problems that could be missed with a standard visual check.

It’s a relatively inexpensive way to ensure the plane is fit to fly. It’s also potentially a safer way to identify suspicious cargo as a drone can be fitted with a host of sensor equipment.

It will come as absolutely no surprise that criminals use drones.

They are notorious for trying out new technology in order to stay ahead of both rivals and law enforcement.

When you live with the constant threat of incarceration or gruesome death there really is nothing to lose.

This is why organised crime syndicates and drug cartels rapidly adopted mobile phone technology, the internet, cryptocurrency and a raft of other innovations to out manoeuvre the more cumbersome law enforcement agencies.

However, said cumbersome law enforcement agencies are investing in drones of their own for use in surveillance and crime prevention.

The ability load something like a DJI Matrice 600 with a suite of audio-visual recording equipment is an ideal way of spying on criminals leading up to or during a crime.

With a top speed of 40 miles per hour keeping up with them isn’t an issue either.

Moreover, a drone can rapidly track criminals on the move for up to 40 minutes (depending on load weight) giving either the Police Helicopter the time to get on station, or for officers to arrive and make arrests.

Adding a highly agile layer to crime prevention – much in the same way the bike mounted officers can – better supports those elements that are far more restricted by the environment. Such as officers in cars, fighting their way through rush hour traffic.

There is not a siren loud enough that will clear a street as quickly as the police would like. This helps ease that pain. Especially if – in the future – the drones were launched from the cars themselves.

Much in the same way as the Land Rover/Austria Red Cross drone does.

If combat drones and saving people’s lives weren’t enough, NASA announced that they will be sending a drone to Mars to gather data about the planet’s terrain as well as determine the feasibility of using aircraft in Mars’ thin atmosphere.

It’s a bold plan and has major implications if successful.

Although it’s far too early to say whether or not this could lead to crewed aircraft for future missions to the red planet, there’s no escaping the significance.

Moreover, swarms of drones could map and sample the planet far more efficiently than any land-based craft. If controlled from a central location, drones could significantly speed up the rate at which we explore and understand the planet, paving the way for more manned missions.

Closer to home several companies around the world are developing passenger drones that could transform how we travel.

The ability to call an automated flying taxi or own a smart drone that can take us wherever we need to go quickly, quietly and cleanly is significant.

The success of drones on Mars and passenger drones on Earth could lead to some very exciting innovations for the future of space exploration as well as changing the way we live here too.

It’s clear that we’re really only just getting started with drone technology, but the applications are staggering. Above is just a tiny glimpse of what the future holds. Especially when you consider that some organisations are exploring the possibility of automated cargo ships. Others news drones that can follow reporters, eliminating the need for bulky cameras.

Manufacturing, retail, inventories, tourism and even construction also have clearly identifiable ways in which drones can improve processes or deepen insight.

Although in the wrong hands they can cause chaos, what we have is the precursor to something far more exciting than most realise.

Especially if were to apply acritical intelligence to the mix too.

But let’s get to Mars first.