The Future of UCAV 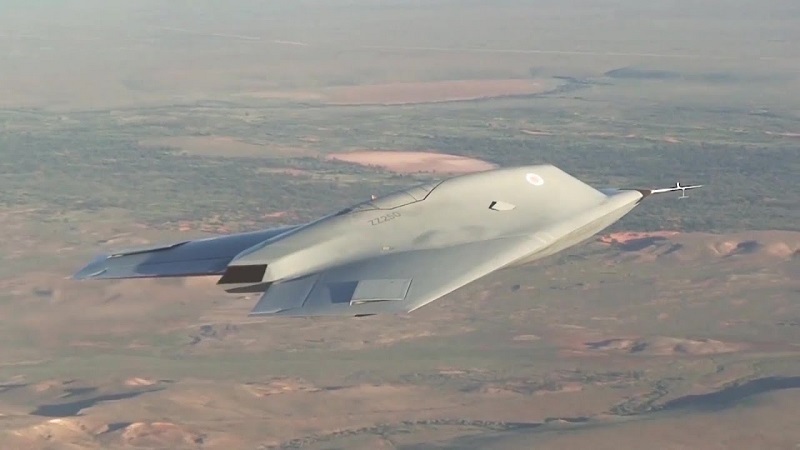 In 2005 Rob L Cohen and writer W D Richter imagined a near future in which unmanned combat aerial vehicles, controlled by artificial intelligence could serve alongside human pilots.

Obviously with disastrous consequences. A lightning strike fries (and somehow rewires) the AI into conducting its own missions. Because…reasons.

Ultimately it paints an incredibly bleak picture of what the world would look like if we put waging war into the hands of machines.

14 years later and unmanned aerial vehicles are becoming increasingly common inoffensive, reconnaissance and defensive operations all over the world. Albeit with a human behind the controls.

UAVs have always been controversial with many calling their use – particularly in the case of drone killings – immoral.

The argument being that drones puts troop protection ahead of civilian safety. It also allows for the potential for surveillance and engagement without the proper oversight.

Although, that can happen with assets in theatre regardless.

Despite the recent news that the joint efforts by Dassault and BAE Systems have been scrapped, there is growing interest in developing Unmanned Combat Aerial Vehicles.

Overall, the use of UAVs by the military has been an overwhelming success.

Surveillance of potential threats or targeted precision strikes against terrorist assets were all made possible by the versatility and comparatively, low-cost UAV deployment represent.

With the added benefit of presenting no risk to the pilots.

But the Reaper Drone – the UAV most of us think of – is just a single example. Smaller drones – some the size of a smartphone – are supporting armed forces in several ways. All of which are designed with the same purpose in mind: keeping them safe.

The ability to use technology to survey an area without risking the lives of soldiers is no bad thing. Again, there is an argument that technology will never replace human instinct but that’s not the debate in this case.

When it comes to the lives of soldiers, the ability to use a tiny drone to determine the safest and most successful way of completing a mission is no bad thing.

So Unmanned Combat Aerial Vehicles are an obvious and natural progression. Especially when you consider the cost attached to putting a combat pilot in the air.

The USAF spends in excess of $9 million training their pilots. The F35 JSF costs a little under $90 million. That represents a great deal of risk taking to the skies.

UCAV reduces that risk quite significantly. When you consider a great deal of the technology in the aircraft is designed for the human pilot, removing it makes a dramatic impact.

The plane gets smaller, lighter, faster and cheaper.

There is also no risk to the pilot.

That’s a heady mix for defence brass who have the unenviable task of countering threats while keeping one eye on the balance sheet. And dealing with public perception.

The problem with taking the pilot out of the cockpit is it could become much harder for UCAV operators to display situational awareness or make those crucial judgement calls in high-risk situations.

Arguably because they won’t feel the same sense of urgency that pilots do.

Take the story of Captain Mike ‘Johnny Bravo’ Drowley. In 2002 he served as an A10 pilot during the Afghanistan War.

While running close air support for a special forces operation he chose to perform a weather letdown, dropping below the clouds to get sight of the situation on the ground. There was no order or oversight. Just a situational awareness that told him to check on the men in his care below.

As he descended through the clouds, he heard the words ‘troops in contact’ come through over the radio.

The twenty-two special forces operatives, with high-value targets in custody, were under heavy fire. Drowley, using the limited technology of the time and old Russian maps flew into a canyon to provide cover.

Less than 1,000 feet off the ground, Drowley was met with a canyon lit up by weapons fire on both sides. All pointing straight down onto the canyon floor.

He quickly calculated how long he had before he’d need to pull up or risk smashing into the canyon walls, then began his attack run.

When he ran out of the canyon he pulled back on the stick and came back to take another run. He kept making run after run until he ran out of ammunition.

He then briefed his wingman and led him into the canyon. Wingtips just feet apart, Drowley counted down the seconds while his wingman put down fire on the Taliban attackers.

All twenty-two soldiers made it out of that canyon alive.

It’s a dramatic example but it demonstrates the benefit of having pilots in the thick of it. They are more emotionally invested arguably than someone seeing things through a screen or virtual cockpit.

It’s unlikely that UCAVs would have been able to fly in such a tight formation through that canyon without the benefit of a ‘mark 1 eyeball’ to check physical distance.

This of course doesn’t mean that UCAVs have no use or benefit in combat operations. This is just one instance where arguably where being there made all the difference.

Despite BAE’s parting of ways with Dassault, the Taranis project proved UCAV technology can be a reality.

Whatever the motivation for cancelling the project, BAE and Dassault will no doubt pursue their own interpretation of what a UCAV should be.

Dassault is planning further flight tests for its Neuron UCAV in 2019, five years on from its first flight test over the Mediterranean. The demonstrator has thus far cost the French contactor in excess of €25 million.

In the US the market seems to have shifted in unexpected ways. Boeing’s X-45 demonstrator was expected to lead to a long-term contract with the DoD. However, it seems to be Kratos Defence and Security who are making moves in the UCAV market.

Back in November 2018 Kratos invested in a 100,000 square foot production plant in Oklahoma City and was on the verge of signing a lease for a production facility in an undisclosed location.

The relatively low cost of the Kratos UAVs makes them highly appealing as asset loss could be high, especially in the early days as air forces adapt to deploying UCAVs over piloted aircraft.

Conceivably the Mako could fly support for unarmed aircraft or strategic bombers.

Meanwhile China and Russia both claim to be on the verge of producing their own UCAV. China built Star Shadow was demonstrated by Star Systems at the Singapore Airshow in February 2018.

Russia on the other hand are developing a long-range UCAV bomber intended to strike targets ‘a great distance’ from home.

Reports suggest the Russians are ignoring stealth technology in favour of low altitude and hypersonic speed in order to thwart enemy air defences.

This simpler approach has the West concerned as current air defence technologies struggle with fast moving targets at low altitudes. That doesn’t mean the Russian UCAV would be unbeatable, but it would likely require interception from another aircraft. Rather than ground-based missile defences.

China and Russia’s progress will no doubt make Western governments nervous. The Taranis demonstrator remains the most promising design to develop further but – for now, at least – Europe and the US is lagging behind their main rivals.

If you’re operating in the aerospace industry, we want to hear from you. If you’re searching for great engineering talent and would like to discuss your requirements, then get in touch today. A member of the team will be only too happy to assist.

If you have a technical background or a career in engineering and you’re looking for the perfect role in aerospace, then upload your CV today. Or you can check out our current vacancies or contact us to speak to a member or the team.