The Rise of Hydrogen Fuel in Aerospace 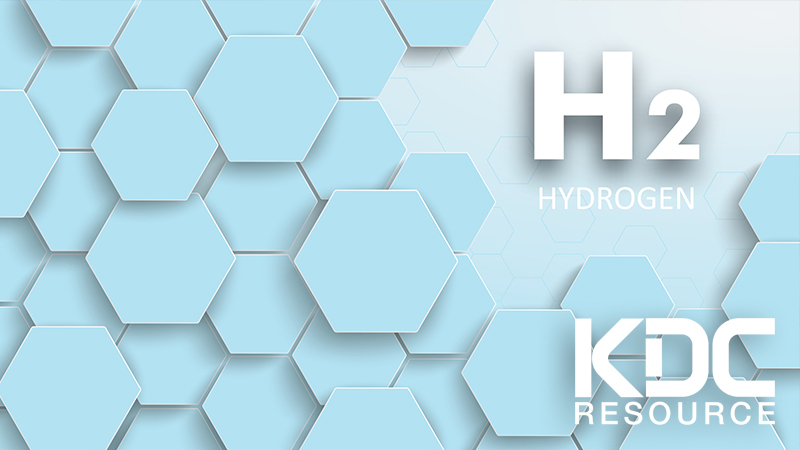 As we discussed in a previous post, hydrogen is one of the main frontrunners in the zero-carbon future of aerospace. It promises plenty of advantages over traditional fuel sources, least of all its lack of carbon emissions.

But how far has the industry come in terms of developing a reliable hydrogen fuel engine, and who is currently leading the way in research?

The Benefits of Hydrogen Fuel in Aerospace

In recent years, hydrogen has become an emerging fuel source in land-based vehicles. Of course, its transition into aerospace is slightly more complicated, but this process itself brings many advantages to the industry.

Specifically, developing hydrogen fuel cells for aircraft creates new jobs as companies emerge to design applicable technology. Start-ups will likely borrow talent from the hydrogen fuel vehicle industry and adapt their insights to suit the aerospace market. After all, if the knowledge exists in one context, it is much easier to use these experts rather than train your own.

Regarding hydrogen itself, it is a very efficient fuel source. Current hydrogen fuel technology produces electricity with up to 60% efficiency, compared with the internal combustion engine’s 25% efficiency. As technology improves, we will likely see a vast improvement in efficiency, particularly for its use in aircraft.

Then, of course, is the lack of CO2 emissions. The only byproduct of hydrogen combustion is water, although there may be trace amounts of nitrogen oxide when burned in atmospheric air. However, compared with fossil fuels, this is a significant reduction in waste emissions.

While hydrogen is viewed as a green energy source compared to fossil fuels, this is something of an incorrect label due to current production methods. Current global production of hydrogen sits around 70 million tonnes a year, much of which comes from natural gas. Combine this with the 830 million tonnes of CO2 emissions from hydrogen production, and you have a green form of energy that is suspect at best.

However, a green alternative on the rise are electrolysers, such as those produced by Nel Hydrogen. Electrolysers use electricity to split water into hydrogen and oxygen; using renewable energy to power this process drastically reduces carbon emissions. Nel announced earlier this year that they plan to cut the price of their electrolysers by 75% to bring green hydrogen down to the same cost as grey hydrogen.

Reducing the cost and carbon emissions of hydrogen production, while also improving its efficiency as a fuel source, are all key factors involved in its rollout as a commercial aerospace fuel. After all, it will need to compete (and eventually outperform) fossil fuels in order to be adopted by the aerospace market.

Research and Development of Hydrogen Fuel

ZeroAvia is one of the key players in hydrogen fuel development - not just in the UK, but worldwide. In late 2020, the company received £12.3 million in funding from the UK government to produce a market-ready 19-seater plane by 2023. By 2040, ZeroAvia hopes to have 200+ seat planes that can travel more than 5,000 nautical miles using only hydrogen fuel cells.

Their approach to the problem is novel, yet very simple. In their current two-engine design, each has an electric motor, fuel cell, and hydrogen tank. Oxygen enters the cell from the propeller's airflow, burns along with the hydrogen, and produces energy to power the propeller. Along with fewer emissions, their approach also reduces operating and maintenance costs by up to 75%.

So far, we have only seen one test flight of a hydrogen fuelled plane, back in September 2020. ZeroAvia flew their six-seater at Cranfield Airport in London for a total of eight minutes, reaching an altitude of 300 metres and a speed of 100 knots. Various companies plan to have aircraft ready by the early 2030s, and while this might seem optimistic based on the current stage of development, it will likely be achievable thanks to the industry boom that is inevitably round the corner.

Along with big aerospace industry names like Airbus and Rolls Royce, and start-ups like ZeroAvia, there are several other key figures involved in the race for commercial hydrogen fuel.

Take, for example, Bill Gates and Jeff Bezos. Both have backed ZeroAvia as part of the £15.5 million from private investors. Similarly, Bill Gates recently invested $22 million into H2Pro, an Israeli start-up focusing on producing greener, more efficient hydrogen. Considering this industry will be worth billions in the coming years, it is hardly a surprise that the world’s richest are jumping on the bandwagon.

Funding and developing the technology is one thing, but introducing it into a commercial context is another thing entirely. A 2019 survey concluded that only 50% of participants viewed hydrogen fuel as safe, although 73% would use a hydrogen-powered vehicle. This may be different for aircraft, however, as the survey acknowledges the 1937 Hindenburg disaster as a key influence.

Hydrogen fuel offers one of the most effective ways for the aerospace industry to reach its zero-emission targets. Reaching this goal will require significant investment  - of both time and money - from the industry’s key players, particularly in convincing the public of its use.

However, as more of us become aware of the global challenges we face regarding energy use, public opinion will likely change. By then, hopefully we will have efficient and green hydrogen fuel in the aerospace industry.