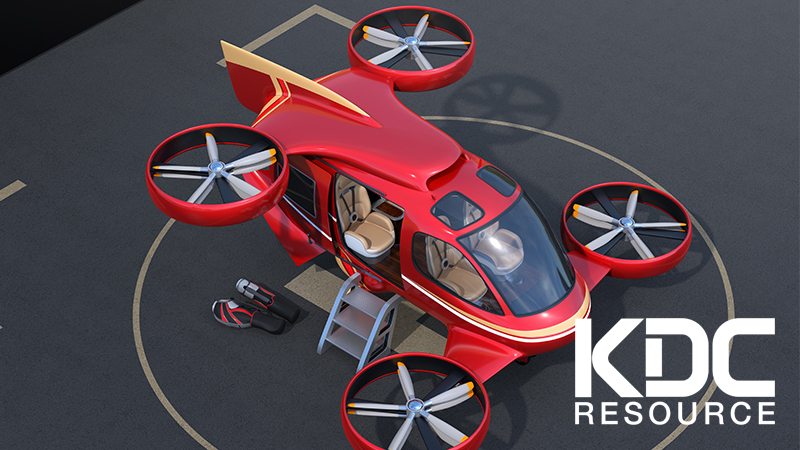 Our previous posts on eVTOLs focus primarily on vehicles. While the companies behind these projects are definitely worth discussing, the future of clean air travel hinges on the infrastructure surrounding the aircraft. After all, without air architecture, these eVTOLs would not be able to fly.

A recent announcement by the UK government marks the first concrete step in planning out this future air architecture. As a first of its kind, this coalition project with private electric aerospace companies (known as Air-One) will likely set a precedent for other countries to follow and will position the UK as a leader in clean air travel technology.

What is Air Architecture?

In short, air architecture refers to the infrastructure needed to safely use eVTOLs in the public sector. Within this, we find concepts such as air roads, safety standards, skyports, charging stations, and transportation networks. The vehicles are of course important, but they would be unusable without any of this.

The project will cover both passenger eVTOLs and logistics drones to ensure travel routes are safe and free from collision. Its basic premise is the same as air traffic control but with AI thrown into the mix for greater versatility. Along with this, the project will establish a safety standard for the Civil Aviation Authority to enable fast-track authorisation for new eVTOL concepts. As we discussed in a previous post, certification is a major barrier for rollout because this is an entirely new technology.

But the plan will also include skyports and their associated charging stations. Electric vehicles require plenty of energy when charging, and we will likely see a scaling up of local power grids, particularly in more rural areas, to keep up with this demand.

The actual location of skyports may prove challenging. We will see their inclusion at airports and near motorways, neither of which would require much effort, but we will likely also see them built into London tube stations. This would mean significant adaptation of current infrastructure along with considerations for flying eVTOLs in urban environments.

Overall, developing coherent infrastructure for eVTOLs will take significant planning and implementation, and a large budget. Luckily, recent government backing implies the UK is serious about developing air architecture in time for the commercial rollout of eVTOL vehicles. Considering the market will be worth $4 billion by 2030, it is easy to see why they are so enthusiastic.

What Companies are Involved?

The initial concept space for the project will launch in central Coventry in late 2021 and will consist of a skyport and associated infrastructure. Providing this goes to plan, the project will then continue rollout across the rest of the country. We will see it implemented in large cities and on high-traffic commuter routes before making its way to more rural areas.

Several important aerospace companies are involved in the project:

Vertical Aerospace is a UK-based eVTOL manufacturer and is on track to be the first to launch its service in the country. It plans to launch commercially by 2024, but its inclusion in this project could likely speed up its rollout date. It will supply the actual eVTOL for the trial project.

Urban-Air Port is the company behind the physical skyport. It focuses on multi-modal transport hubs designed to connect air travel with current transport networks, such as road and rail. The eventual plan will be a seamless transition to enable easier travel for consumers.

It is the driving force behind the skyport designed for Coventry and will oversee the rollout of a further 200 hubs worldwide after this project begins. For the Air-One project, it is working alongside Safeguard Vertiports and the CAA to develop a clear assessment process for these new spaces.

Volocopter’s VoloIQ is the primary digital platform involved in the Air-One project. It provides everything from AI-based fleet management and Skyport infrastructure to data gathering and weather reporting. VoloIQ will be vital for ensuring air roads remain hazard-free and usable by both passenger eVTOLs and logistic drones.

Importantly, the AI fleet-management assists with battery optimisation and service checks, which will be vital for CAA certification. It is a cloud-based, infinitely scalable platform, meaning its inclusion will make the full rollout of air architecture much easier.

It is suitable for both manned and unmanned aircraft and will be integral to the full rollout of commercial eVTOL travel in the UK. Its data capturing include a Conflict Resolution Service and early weather warning service, allowing air roads to remain as hazard-free as possible.

Conclusion – Air-One and the Future of Air Architecture

The coalition project promises to set a precedent for future electric air travel services worldwide. By taking the first steps towards air architecture, the UK government is clearly planning to utilise eVTOL services as soon as possible. While other countries are trialling their own skyports (such as Singapore), Air-One marks the first clear plan for a nationwide eVTOL infrastructure project.

The site in Coventry will open later in 2021 and we can only hope it will be possible to take a trial ride on an eVTOL soon after the project launches. After all, this is a moment many of us in the disruptive technology industry have been anticipating.