The UK’s Involvement in EarthCARE 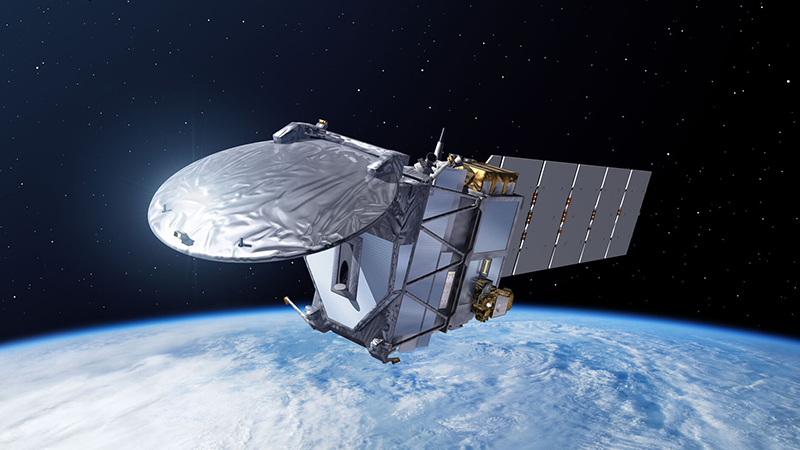 In 2008, the European Space Agency announced a new project in collaboration with the Japanese Space Agency: EarthCARE. As with other ESA projects, it is a collaboration between member states, and the UK’s space sector will be key in its development and implementation.

To better understand the UK’s involvement, let us take a look at the EarthCARE mission and its technology.

EarthCARE is an upcoming project that will measure the interactions between clouds and airborne particles to better understand climate regulation. Its full name is Earth Clouds, Aerosols, and Radiation Explorer, which explains exactly what it will do.

The satellite will measure how radiative and aerosol particles interact with clouds to regulate the planet’s climate. Its data will be valuable for understanding climate change, cloud patterns, and will likely inform experimental procedures such as cloud seeding.

It will carry several instruments to obtain this data. Onboard will be an atmospheric lidar and cloud profiling radar to produce profiles of cloud structures and the aerosol particles within them.

There will also be a multi-spectral imager, also developed by the ESA. It will help the satellite to distinguish between different types of clouds and will provide a framework for understanding cloud and aerosol profiles.

Finally, there is a broadband radiometer, developed by the Japanese Space Agency. It will measure broadband radiances in the atmosphere to provide baseline statistics against which the satellite can then project the clouds’ radiative properties.

The ESA announced the EarthCARE project in 2008 with a planned launch date of 2015 and budget of £500 million. However, challenges with integrating the satellite’s lidar technology meant the ESA had to postpone the launch until 2023.

Once launched, the satellite will provide scientists with 3D data on clouds, aerosols, and radiation. It will be vital for understanding how particles interact in the upper atmosphere and the impact this has on Earth’s climate. By better understanding this data, we should then be able to predict future climate change with greater accuracy.

Although the main structure is under construction in Switzerland, UK space companies are helping develop much of the satellite’s technology. British firm SSTL will supply the MSI instrument, including a thermal infrared camera and VNS camera.

Bristol-based SEA will supply the control unit for the MSI instrument and the broadband radiometer, which was developed by the Japanese Space Agency. It is no surprise that some of the UK’s leading space companies are involved in this groundbreaking project.

Current plans state that the EarthCARE mission will last three years. Depending on the quality of data and the mission’s success, the ESA might extend it further, as happened with the CryoSat mission.

Regardless, the EarthCARE satellite should be instrumental in improving future climate modelling. Obtaining data of this nature will help explain the role of clouds in regulating the Earth’s climate and what we can do to prevent further interference in the future.