The Use of LIDAR in eVTOLs - How Does it Work? 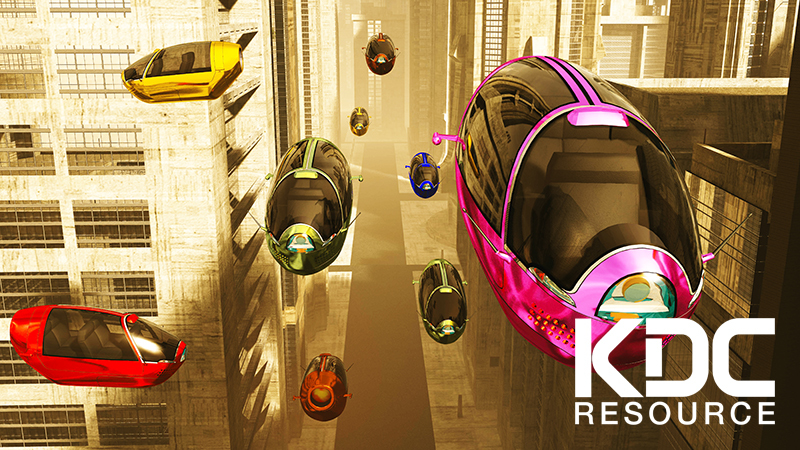 While the commercial rollout of eVTOLs will require a range of new technologies, it will also rely on the adaptation of existing technologies into an aerospace context. One such example is LIDAR, which will feature heavily in the control and navigation of autonomous aircraft.

Its use in eVTOLs does present some challenges, though. We thought we would take this opportunity to recap the history of LIDAR along with considering how it will be used in eVTOLs, and the challenges this presents.

LIDAR stands for Light Detecting and Ranging, although the original system was called Colidar. The term originates with radar, and, while the systems differ in how they work, they share similarities in setup and operation.

LIDAR uses lasers to calculate distance and survey terrain by measuring how long it takes for the laser beam to bounce back to the source. It uses UV, visible light, or near-infrared to target materials. Its main advantage over radar, along with its ability to target non-metallic objects, is its sheer accuracy.

For example, a plane using LIDAR to survey terrain can do so at a 30cm resolution. Its accuracy, range of target materials, and resolution are all reasons why LIDAR technology is so applicable in autonomous vehicles.

Different applications require adaptations of this basic setup depending on their use, desired accuracy, and challenges presented. For example, airborne LIDAR must contend with the aircraft moving in a 3D space while maintaining accuracy, whereas land-based LIDAR will often use a static receiver.

The History of LIDAR

EH Synge proposed the original idea of LIDAR in 1930 when he considered using a powerful spotlight to probe the atmosphere. However, it was not until 1961, after the invention of the laser, that LIDAR as we know it took shape. The Hughes Aircraft Company created the first LIDAR-style system to track satellites.

The Colidar Mark II was the first recognized test of a laser rangefinder in 1963. It had a range of 7 miles and an accuracy of 15 feet. While the Mark II’s primary purpose was for military targeting, LIDAR systems quickly became popular in meteorology. LIDAR technology was also featured in the Apollo 15 mission for mapping the surface of the moon.

Since then, LIDAR technology has expanded massively. Systems differ for terrestrial and airborne use, and it has found applications in agriculture, archaeology, and, of course, autonomous vehicles.

The LIDAR systems used in eVTOLs have their roots in driverless car technology; it was in 2007 that 3D LIDAR sensing technology came to prominence when it featured in the DARPA autonomous driving challenge. Velodyne pioneered a system that used 128 lasers to map a 3D image of the car’s surroundings.

The original system used pulse LIDARs, but the industry has since adopted frequency-modulated continuous wave (FMCW) LIDAR because it reduces cost and increases accuracy. Importantly, FMCW LIDAR blocks interference from sunlight and other sources.

Much like with autonomous cars, LIDAR will make up the bulk of the eVTOL navigation system. It will allow the aircraft to locate, understand, and avoid hazards in a 3D environment. However, there are greater safety concerns involved when using it in aircraft.

The system must be safer and more accurate. When using LIDAR in planes, it is used alongside GPS and other navigation systems to track the plane’s location. It also requires failsafes in case this technology goes down. Near Earth Autonomy, a USA-based tech company, specialises in developing sensors that allow UAVs to land without GPS. Their systems use 3D mapping and collision detection for emergency landings when technologies fail.

To make the systems as effective as possible, developers are combining LIDAR with a range of other sensing technology. The EVA X01, for example, uses LIDAR, radar, and 12 camera sensors.

However, hardware is only one issue; software is another thing entirely. AI and machine learning will play a big role in this, particularly as each eVTOL will need to process vast amounts of data quickly and efficiently to ensure passenger safety.

The Challenges and Future of LIDAR

While LIDAR offers many advantages in eVTOLs - namely its accuracy and lack of interference from outside light sources - it also poses several challenges. None of these are unique to LIDAR’s use in eVTOLs, as they carry over from LIDAR use in aircraft.

The main challenge is vehicle location. A standard aircraft travelling around 200MPH, combined with vertical shift due to turbulence, presents difficulties when receiving the laser signals and pinpointing vehicle location. GPS plays a role in reducing this, but it is a unique challenge not shared by driverless cars.

Another challenge is the unpredictability of hazards and obstacles. Autonomous vehicles face a largely predictable range of hazards: other cars pulling out in front, sudden braking, pedestrians stepping into the road, etc. However, eVTOLs face hazards such as birds, environmental conditions, and other eVTOLs approaching from above and below. These hazards are arguably harder to map and will require more advanced software.

So what are the next stages of LIDAR development in electric aircraft? Much of the industry’s focus will be on making the technology more affordable so it is not limited in use. This is already happening in the switch to FMCW LIDAR, but we will likely see further developments.

Similarly, there will be a focus on making systems safer and integrating redundancies. While this kind of technology is present in driverless cars, it is much more necessary in unmanned aircraft. One solution, as mentioned above, is Near Earth Autonomy’s emergency landing system.

Another possible redundancy feature could use crowd-sourcing technology. Although developed for driverless cars, MobilEye’s Road Experience Management program uses crowd-sourced information to build a low-cost, highly-detailed map of the environment. This allows autonomous cars to function even if their LIDAR technology goes down. While crowd-sourcing a sky map of a city might prove more difficult, it definitely presents an option.

LIDAR technology is fundamental to the development and rollout of eVTOLs. Its accuracy, resolution, and safety features make it highly adaptable in a range of autonomous applications. However, much like other current technologies, it will require modification before commercial rollout. Considering the current boom in technology, the future for LIDAR certainly looks interesting.