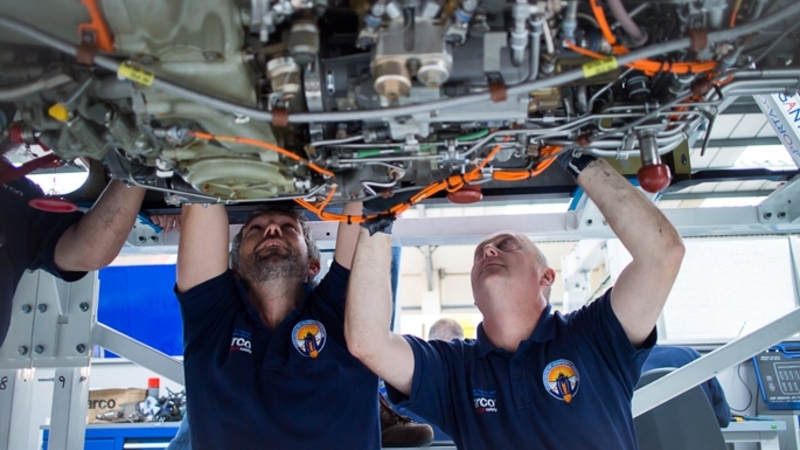 Test runs, the next step in the road to the world land speed record for Bloodhound SSC, are to take place at Newquay Airport later this month.

Although only aiming to hit 200mph, the test runs will generate valuable performance data for the team as well as allow practice of operating procedures for future world record attempts.

In particular, data on jet engine intake will be useful for project development.  The intake is designed to perform better and better the faster the car travels - by testing at low speed, the team will be able to assess how soon they can apply full power during a world record run.

The test runs will also give driver Andy Green his first opportunity to experience the car’s steering, throttle and brake in action, obviously crucial aspects in getting to the targeted 1000mph.  The support team will also be the first live run-through of safety-protocols, operating procedures and radio communications.

The Bloodhound’s Project Director, Richard Noble, said, “The runway trials at Cornwall Airport Newquay will be the biggest milestone in the history of the Project so far. They will provide important data on the performance of the Car and give us a first opportunity to rehearse the procedures we’ll use when we go record breaking.

“Just as importantly, it is a way of saying ‘thank you’, to the schools, students, families and companies, big and small, who support The Project. We are proud to be waving a flag for British skills and innovation on a world stage but, most of all, this is about inspiring young people. Last year alone we directly engaged with over 100,000 students in the UK and we have already seen more students take up engineering as result of Project BLOODHOUND. With the Car running, we can showcase science, technology, engineering and mathematics in the most exciting way possible. BLOODHOUND is Go!”