UAMs Will Bring About the Next Revolution in Battery Technology 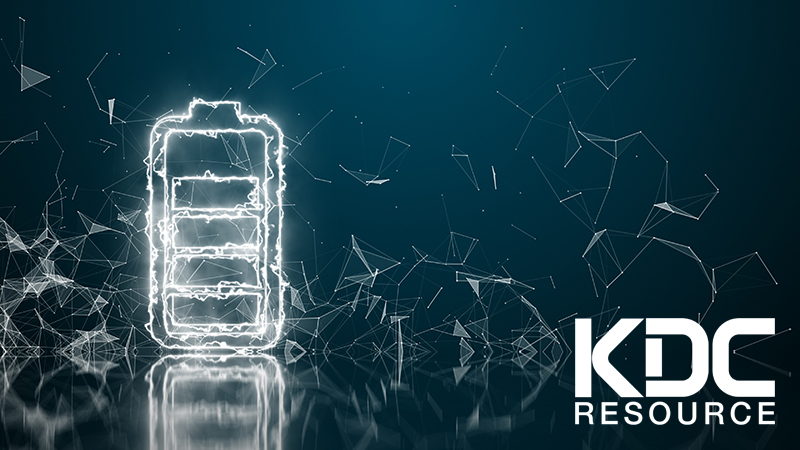 Urban air mobility (UAM) is a great concept. However, we are still a few years away from seeing it rolled out into our cities. Although some of the technology and theory exists, even adapting extant tech is proving to be a massive hurdle in the race for urban air taxis.

Many of the challenges faced by UAM manufacturers are unique to the industry. However, some are shared with the electric automobile sector. As we see it, the main challenges can be broken down as follows:

One significant issue that impacts all of these factors is that the lithium-ion battery as we know it is almost at peak performance. Its structure and function arguably limit its size and application, so will it be the best choice for UAMs?

Uber, a leader in the world of UAM development, admitted back in 2018 that the battery technology they need simply does not exist yet. Their intention with this announcement was to call upon battery developers to begin research and development to produce the tech capable of powering UAMs.

Arguably one of the major factors in UAM usage is range. A NASA market study concluded that UAMs would need to have a minimum range of 50+ miles and a maximum of 150 miles or more to be viable. They state this kind of range will require a battery capacity of at least 100kWh per flight.

To reach this kind of range, developers must investigate improving energy density. A more significant number of battery cells, the amount needed to achieve this kind of capacity, would significantly impact the overall weight of the UAM. Too few would dramatically reduce range. Therefore, we must strike an appropriate balance.

A study published by Aerospace Research Central concluded that a viable battery density for UAM tech would need to be around 400Wh/kg. This greatly exceeds the current density of lithium-ion batteries, which maxes out around 265Wh/kg. It is likely developers will need to look elsewhere for new materials or technologies to reach this desired level.

Similarly, the battery arrangement within the vehicle is another factor to consider. As we know, arranging batteries in either series or parallel affects their performance. Parallel arrangements may prove favourite, as this will increase current. However, this will, of course, be impacted by overall voltage and energy density anyway.

Charging and battery life are issues we all face daily. Look at the current lifespan of a mobile phone battery; it is around three years if you are lucky. This problem increases exponentially when you are working with batteries on a larger scale with more regular (and necessary) charges.

Quick charging will arguably become a major point in the world of UAMs. In the early stages, vehicles will likely need to be charged between flights, and long charging times will significantly limit their use. Current fast-charging technology for Tesla cars takes between 30 and 80 minutes for an 80% charge. We will inevitably need to see this time reduce to make UAMs a viable transportation method.

Alternatively, modular batteries could offer a solution. In short, technicians will replace batteries throughout the day with freshly charged ones; this will reduce the need for charging times that take the vehicle out of action and improve each battery's lifespan because it would need fewer charges overall.

However, this then adds the issue of crewing charging stations, which, to a degree, negates the purpose of a crewless vehicle. The market study cited above states that UAMs will need roughly 1.5 days of maintenance time per week and the concept of modular batteries will only increase this downtime.

Charging times and physical energy density will only go so far, though. Software optimisation is another vital step for getting the most out of battery technology. Integrating concepts such as smart power usage, low power settings, and more will be necessary to ensure UAMs get the most out of their batteries.

Within the topic of optimisation are considerations such as ensuring the batteries have sufficient reserves. They will need reserves for processes such as diversions and emergency landings. The energy required for these will need to be factored into the UAMs overall energy consumption software.

Emergency landings arguably fall under the topic of passenger safety, something that cannot be overlooked when talking about battery usage. Aerospace accidents are few and far between, but significant, and the same is true for accidents involving mobile phone batteries. Battery safety in UAMs could be considered the middle ground between these two reasonably disparate topics.

Accidents involving electric vehicles have the potential to be much more dangerous. Take, for example, James Hammond’s 2017 crash of the Rimac Concept One – an electric supercar. The car burst into a ball of flames upon collision, helped in part to the highly flammable nature of lithium-ion batteries.

Overcoming this kind of danger will pose a big problem for the industry. Aside from emergency landings and possible emergency gliding functions, UAMs will probably have to include some type of fire-extinguishing technology.

We could perhaps look to fire suppression tech used in server rooms as an example of how this could work: sensors and chemical suppression systems will need to catch the potential fire before it becomes a significant source of danger.

Similarly, manufacturers will need to address the issue of fail-safes. For example, if one cell malfunctions, it will be vital that the others continue working. Much like aeroplane engine designs, this will be one of the most effective ways to ensure passenger safety and that the UAM can at least make an emergency landing.

Of course, much like with cybersecurity in UAMs, the front line of passenger safety will be prevention. Battery technology will need to undergo rigorous testing before it is rolled out on a commercial scale, particularly as much of it will be new.

The final challenge worth considering is the issue of sustainability. It is something that already plagues the battery industry, both in production and recycling. Extraction of the core materials (primarily lithium) sometimes involves slave labour, which is an issue that must be addressed before all others.

Then, there is the environmental impact. On the surface, electric vehicles suggest a more sustainable mode of transport than petrol-driven vehicles. However, the components are extracted using diesel vehicles and often carry more significant environmental concerns. For example, in the Atacama Salt Flats in Chile, the largest lithium reserves in the world, the process of extracting a single ton of lithium uses 500,000 gallons of water.

Another issue currently being addressed is the construction of batteries. As it stands, if one part breaks, the whole battery must be discarded. However, we can overcome this by removing the process of welding from construction where possible and moving to a more modular design that allows for weaker areas to be replaced when necessary. Doing so would drastically improve batteries' overall lifespan and would bring their cost down significantly over time.

Moving towards a more sustainable future will require better recycling processes. Companies like Fortum currently claim they can recycle 80% of the lithium-ion battery components using a low-carbon process. However, in 2018, the UK only recycled 45% of its rechargeable batteries. It will be necessary for the UAM industry to set up protocols to enable a greater battery recycling level, considering the potential rate at which they will use batteries.

What does the future hold for battery tech?

The next decade will be an important one for battery technology. Considering we currently do not have the right kind of tech to produce effective UAM batteries, we will inevitably see an overhaul of the whole industry.

Importantly, this will be driven by the need for alternative solutions to petrol vehicles. UAMs offer this alternative, both as a greener form of transport and their power to reduce inner-city congestion. Furthermore, the industry is currently one of great popularity, so the needs for more efficient battery tech will be the main drivers in this revolution.