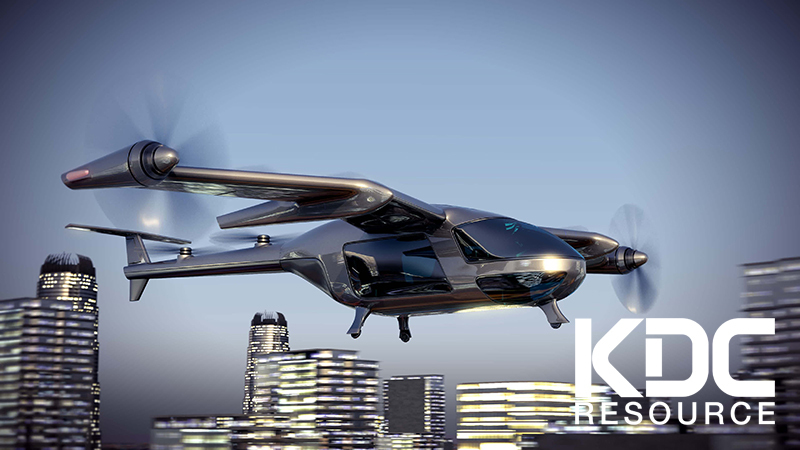 In the race to produce the first commercial urban air mobility (UAM) vehicle, much of the industry’s emphasis is on functionality: motors, rotors, battery capacity, and so on. But one of the most important factors for successful adoption has to be passenger comfort.

After all, without a high level of passenger comfort and ease of use, UAMs will die out quicker than they catch on. So, what are manufacturers doing to make the passenger journey as comfortable and accessible as possible?

The Passenger Experience from Start to Finish

Perhaps the easiest way to break down the passenger experience is to consider it in terms of the journey itself from start to finish.

Every UAM journey will start with ordering a flight, much as we would order any existing kind of taxi. This will likely happen through an app that would function in much the same way as Uber or Lyft. Uber already plans to integrate its Uber Air services into its existing app, which will arguably make the whole process easier for users.

Uber recently launched Uber Copter, which is a helicopter hailing app for flights between Manhattan and JFK Airport. Essentially, its purpose is to provide usable data for how a UAM-hailing app might work best while also highlighting any potential pitfalls in this kind of service.

Presumably, in the early stages of UAM adoption, each company will have a flight-hailing service; users would likely have to download an app for using Lilium, Volocopter, and so on. Obviously, though, this will compartmentalise the market and will quickly remove the sense of convenience these vehicles are meant to provide.

Perhaps as the industry evolves we will see some kind of city-wide service where users could hail a flight from any available company, rather than having to stick with just one. Of course, this will be dependent on whether cities adopt multiple UAM companies within a single space.

Boarding locations are another crucial factor in determining the popularity of UAMs. As their main drive is convenience, manufacturers and cities will have to find the right balance between convenience for passengers and convenience for everyone else.

The current plan is to build mini ports across a city, similar to how we currently have major bus stations. These hubs would at the very least be boarding points, and in the early stages would probably be landing points too. Once technology advances and wingspans get smaller and batteries last longer, UAMs will likely be able to take off and land wherever they please.

Volocopter has already created some digital mock-ups of its VoloPorts. The company is building a test VoloPort in Singapore to work out the finer details of functionality and accessibility before rolling out worldwide.

The design takes inspiration from an airport flight lounge, as this is essentially what it will be. Passenger comfort in these spaces will only be so relevant, as, like bus stations, they are transient spaces where customers will (hopefully) not expect to wait long.

The VoloPort experiment is also investigating the potential for modular design. Volocopter wants to create an adaptable base model that will fit on rooftops and highways. Clearly, their purpose is to utilise lower-traffic areas to ease congestion on the ground.

These highway and rooftop ports will likely be smaller, perhaps with room for 2-3 UAMs. But their main function will simply be to collect and deposit passengers, with the aircraft then returning to the main terminal for charging and maintenance.

Lilium is also making progress with their vertiports, describing their design as “lean and modular”. Much like Volocopter, Lilium’s emphasis is on slotting these ports into existing spaces with as much functionality as possible. In the kind of cities that will quickly adopt UAMs, space is at a premium, meaning these ports have to be small, convenient, and incredibly efficient.

In the early stages, UAM ports will rely on arguably unsuitable technology. Essentially, we need a technological revolution to make the most of UAMs, and once this happens ports will quickly become smaller and more efficient. But as battery technology improves and wingspan decreases, the need for multiple ports in a city will also decrease.

The eventual goal will be to have a main charging or battery changing station, potentially even one that does not allow customers to board. UAMs will be much more accessible if passengers can board pretty much anywhere, much like road taxis now.

When it comes to passenger comfort, the aircraft’s interior is an important consideration. UAMs need to be comfortable, even for short journeys, but also accessible for all. What this looks like varies by company, but all share the same key features for passenger convenience.

Uber recently released a video mock-up of their taxi’s cabin. It essentially looks like a car’s interior: four front-facing seats and wide opening doors. Located beneath the wings, the current boarding style will likely present challenges for those with mobility issues. This is something all manufacturers will need to address in the future.

Rather than a pilot’s cockpit, UAMs will feature some kind of user interface. The level of control passengers will have over functionality varies between companies, but at most they will likely be able to select their destination. Of course, integrating this feature into the initial flight-hailing process will make things much smoother.

The UI will also let passengers control interior comforts: air con, lighting, and so on. In the early stages of UAM adoption, manufacturers may give passengers a greater feeling of control over the aircraft, even if it is just superficial. After all, it will probably take significant convincing for people to get into an unpiloted aircraft if they feel they have little or no control over its functionality.

Once in the aircraft, the journey itself must be as safe and convenient as possible. As we discussed in a previous post, passenger safety is a main concern within the UAM industry and will significantly impact certification and adoption of aircraft in different areas.

VoloIQ uses Microsoft Azure architecture and controls both sides of the equation: customer facing and aircraft control. Having both sides operating in the same system means Volocopter can use data much more efficiently to improve the customer experience. Importantly, too, the system is easily scalable as Volocopter’s business grows.

In the aircraft itself, VoloIQ manifests through the user screen. It provides flight tracking data, destination selection, and a range of other features. The benefit of providing the customer with relevant flight data is obvious: at the most basic level, it manages their expectations. Similarly, clarity will improve passenger confidence in the system.

UAM engines will also play into passenger comfort. The benefits of electric motors are obvious: less noise, more stable aircraft, no interior disturbance. As we discussed in a previous post, battery technology is a big player in both the early adoption of UAMs and their increasing popularity.

Finally, then, is landing and the end of the journey. As it stands, passengers will disembark at ports, similarly to boarding. Depending on the evolution of battery technology, UAMs will likely need to recharge after each flight, but this will depend on the type of port at which they land. One option, as we discussed previously, is swappable batteries, as this reduces downtime between flights.

Another obvious consideration is payment. Payment will have to be cashless, and there is no reason to assume it would be any different from Uber’s current practice. If a passenger selects their destination before boarding, they can pre-pay for the flight. If they select their destination once in the aircraft, contactless technology (either by card or smartphone) presents the most obvious choice.

Arguably, something like payment is a minor consideration because it will simply involve integrating existing technology into the aircraft. The main consideration when it comes to landing is ensuring passengers can leave the aircraft safely without assistance from some kind of flight or ground crew.

Due to the unmanned nature of UAMs, there is no reason why they could not take off on their own and fly back to a charging station or main port. Building this kind of function into the system’s AI would massively improve efficiency. Not only could aircraft find their way to a charging station when necessary, but it would also effectively remove human resource management. The system AI could communicate between aircraft and decide which is closest and best suited to take on which passengers next.

There are clearly plenty of factors to consider when assessing passenger comfort in UAMs. However, the one benefit for manufacturers is that, for the most part, much of the technology already exists. Bar operating systems and user interfaces, it will simply be a case of adapting existing technology to suit the specific application.

Regardless, the issue of passenger comfort and accessibility presents some interesting questions. Whether cities adopt different UAMs in the same space, and what this means in terms of integration, is perhaps the most fruitful line of future investigation.