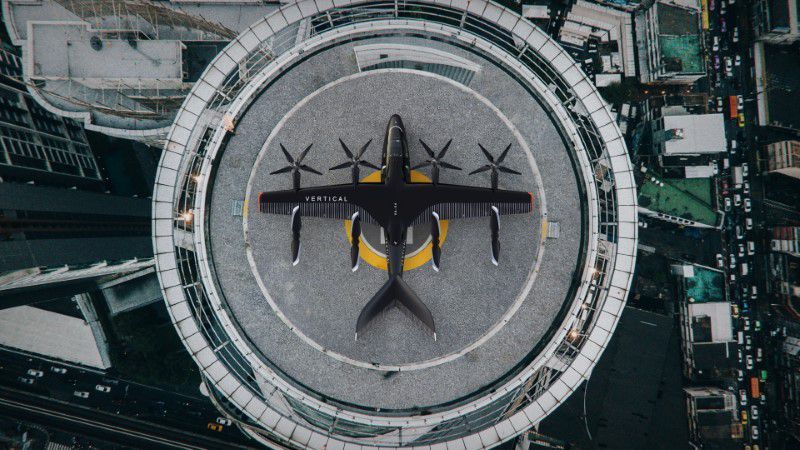 In June 2021, Vertical Aerospace became the latest of many eVTOL companies to go public through a SPAC. Jumping into the public market in this way has many benefits, particularly for companies with trending products, such as eVTOLs.

But what does this mean for Vertical Aerospace and the eVTOL industry as a whole? Are we likely to see this continuing trend with other startups?

What is a SPAC?

A SPAC is a special purpose acquisition company. As the name suggests, it is a company formed with the sole intention of raising money with which it will acquire another company. It raises its money through an IPO – initial public offering.

In short, a SPAC draws together investors to buy out a previously privately-owned company. Once the acquisition finalises, investors can either trade in their SPAC shares for shares in the now-public company or receive their investment back.

SPACs are a hot trend in the investment world, and several eVTOL companies have already taken advantage. Joby Aviation merged with Reinvent Technology Partners back in February, and Lilium did the same with Qell Acquisition in March.

Although SPACs generally do not know what company they will acquire when they form, this is not always the case. In the eVTOL world, SPACs often form with the sole intention of acquiring a startup of their choice.

As a result, the SPAC contains investments from potential key stakeholders in the eVTOL company’s future. In Vertical’s case, this includes American Airlines and Avalon, its two launch customers, and Virgin Atlantic, a potential pre-order customer. Its orders with these three companies total $4 billion – up to 1,000 eVTOLs.

Verical’s SPAC also received investments from Honeywell and Rolls-Royce, two big players in the aerospace industry, and Microsoft’s M12, investment manager 40 North and venture capital firm Rocket Internet SE. It is common for investment and equity firms to buy stakes in a SPAC, as their whole business is based on speculative investments. It is unsurprising to see Honeywell invest, as we recently discussed its push into the eVTOL market with Lilium.

Overall, Vertical’s merger with the SPAC is valued at $2.2 billion, which is impressive for a company that has yet to release any products. But, the industry shift towards SPACs demonstrates the huge potential eVTOL technology has for revolutionising the aerospace industry.

A SPAC has several purposes for companies like Vertical Aerospace. First, it switches them from a private company to a public one. It means people can invest, theoretically increasing the company’s value and assets. Considering the increasing pressure to make aerospace more environmentally friendly, now is a good time to launch publicly.

Perhaps the main purpose of going public is to raise capital for future developments. As a private company, raising investments is not impossible but is harder. Rounds of funding might raise several million, which companies can easily burn through when developing complex technology. As a public company, information becomes readily available, allowing private entities to invest with more confidence.

But who makes money on a SPAC? Theoretically, the companies that initially invest. If the acquired company delivers on its promises, its value will increase, thus creating wealth for the investors.

In the case of a company like Vertical, its investors include its launch customers. They stand to make money on the purchase and use of eVTOL aircraft during the early stages of commercial rollout when there will be a considerable buzz around the vehicles.

What does this Mean for the Industry?

SPACs have the potential to create a boom in the eVTOL industry. While companies like Google and Amazon have enough capital to invest in their own eVTOL ventures, many startups stand to benefit massively from this kind of investment.

This kind of capital will speed up production, as companies will not have to wait for funding. However, it will potentially speed up certification, too. Having the weight of massive companies behind them, such as American Airlines and Avalon, could make authorisation easier, if only because of greater funding.

However, the commercial rollout of eVTOLs might impact the popularity of SPACs as funding routes. Currently, investments in eVTOL companies are speculative; companies are investing in ideas and promises. Until an eVTOL becomes a commercial vehicle, it cannot be anything but a promise.

If all goes well, SPACs will likely continue and will be easier to arrange. Once we see eVTOL vehicles in action, companies will happily throw their money at startups looking to bring new products to market.

On the other hand, the commercial launch of eVTOLs could cause a slump in SPACs. Specifically, we might see investors sticking with tried-and-tested companies that already have products on the market, such as Vertical Aerospace, Lilium, and Joby. It would be similar to investing in an unknown electric car company instead of Tesla – which is more likely to make you money?

For now, though, SPACs will remain a hot topic in the eVTOL industry. We will likely see more companies go public, whether they are manufacturers like Vertical or companies that supply navigation equipment, bodywork, and so on. In short, SPACs are the latest sign that the eVTOL sector is growing in popularity and public awareness, a shift that we likely all welcome.