Virgin Galactic Have Their Own Brand of Commercial Space Travel – What Does This Look Like? 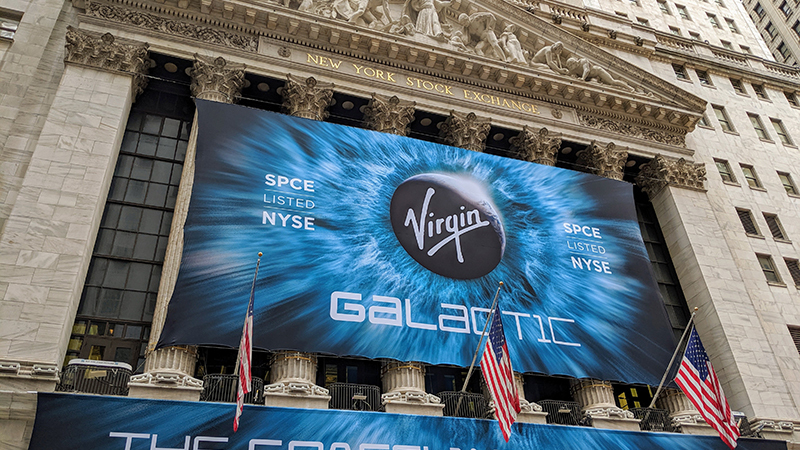 Virgin Galactic is perhaps one of the best-known names in the commercial space market. Its founder, Sir Richard Branson, has a long history of personal interest in flight, so it was no wonder he decided to move into the emerging private space sector.

We have decided to take a deeper look at Virgin Galactic, focusing on their current goals, plans for expansion, and the impact this will likely have on the future of space travel.

Virgin Galactic was founded in 2004 with the specific purpose of entering the commercial space flight industry. Branson has long said he wants to open up space to tourists, something that had been suggested in the past but never attempted while space flight was still in governments' hands.

After a few unfortunate disasters, Virgin managed several successful flights with the VSS Unity, which managed to reach a height of 51.4 miles above Earth at roughly three times the speed of sound.

VSS Unity is the name of Virgin's SpaceShipTwo, a suborbital spacecraft launched from a carrier aeroplane, and can safely re-enter orbit by gliding.

Virgin's plans and creating a new generation of reusable spacecraft are to open up the space market for tourists. Of course, their ships will also be used for scientific missions, but Branson has long been vocal about his desire for space tourism.

It appears that Virgin are using the idea of space tourism as a justification for developing rapid and reusable spacecraft that prioritise customer safety and experience. In time, this will likely become the basis for expanding into longer journeys and bigger missions. By perfecting the formula of non-professional astronaut travel, Virgin will transfer this over into future exploration missions.

Their current focus is on providing passengers with the experience of orbital flight. At the height of around 51 miles, their spacecraft enters outer space to provide a short weightless experience. In the future, they will likely transfer this technology into quick travel across the planet, along with deeper space exploration.

Virgin Galactic uses the VSS Unity; a reusable passenger-carrying spaceship launched from White Knight Two, their custom-built aircraft. The aircraft is currently launched from Spaceport America, which is located in the New Mexico desert. It is set up like a commercial airport, so it will likely remain on Virgin Galactic's roster in the future.

However, the company also has plans to open up spaceports in other countries. The company is partnered with Spaceport Cornwall, so they will likely use this as their base of operations in the UK. Similarly, Virgin Galactic hopes to open up a spaceport in Singapore in the near future to expand their space tourism venture into new markets.

What does this mean for the future of space travel?

Virgin Galactic will likely revolutionise the world of space travel, mainly because they intend to open it up to non-specialists. Considering the level of training that goes into being an astronaut, this is a big move.

Focusing on passenger-carrying spacecraft gives Virgin Galactic a unique edge over its major competitors. For example, SpaceX, arguably the company's largest competitor, is currently working effectively as a sub-contractor for NASA, a slightly different commercial market.

If the company's main short-term focus is on suborbital space travel, this will likely be scaled up to include quick travel around the globe. After all, the idea of taking tourists into space solely for a weightless flight will be popular, but only for so long.

As mentioned, Virgin Galactic will most likely use this as a basis for perfecting the technology for long-distance space explorations in the future. If it becomes possible to launch missions with fewer specially trained astronauts, this opens up space for other specialists' missions.

The company claims its current goals are to democratise space and bring down the cost of launches to enable a much greater audience to enjoy space. How this will transition into other missions in the future remains to be seen.

Virgin Galactic will ultimately bring about a revolution in space travel by opening it up to commercial markets. Currently, this plan is only available to the richest among us, but as the cost comes down in the future, it will be interesting to see how the space tourism industry develops.