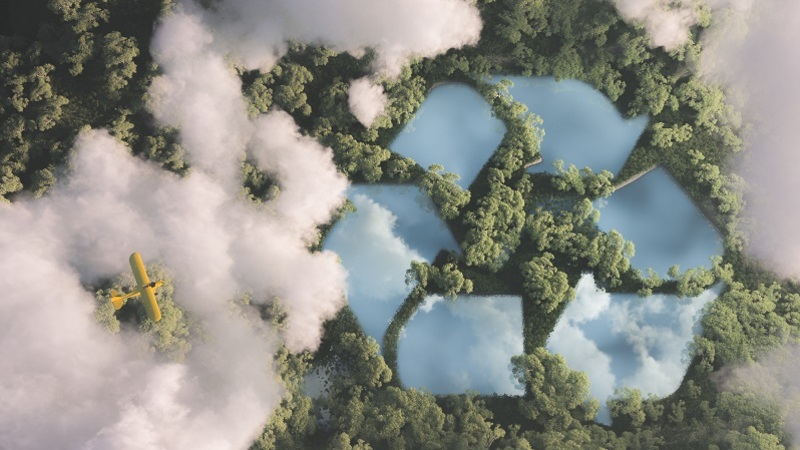 Net-carbon neutrality is an ambitious target for all industries, least of all aerospace. To achieve this goal by 2050, some strict policies are being introduced.

But what will a zero-carbon future look like for the aerospace industry? And how does it plan on getting there? To answer these questions, it is worth looking at the current plans and industry insights.

What is the current focus for the aerospace industry?

2020 has been a devastating year for the aerospace industry. Commercial aviation has suffered a net loss of up to 58.5% in passenger demand since March. Travel restrictions have highlighted the inherent fragility in aviation, and many companies have either gone bust or burnt through all their cash reserves.

Therefore, the industry’s current focus is to simply get back on track. It was recently announced that the government will set out an aviation recovery plan to detail exactly how they intend on getting this struggling industry back on track.

Along with details of recovery, the strategy intends to set out plans for sustainable future growth, although it might not be back to 2019 levels until 2023.

Among the companies to be worst hit by current trends was Flybe. The company shut down in March 2020 after years of financial struggle, so this only happened to be the final nail in their coffin.

Luckily, maintenance provider Dublin Aerospace was able to step in and use some of Flybe’s old infrastructure. In September 2020, the company announced that it would be taking over Flybe’s hangar at Exeter airport, forming a new company called Exeter Aerospace.

The company plans to tap into local talent to overhaul and maintain aircraft on a seasonal basis, using a radical new employment model to do so. Considering the government’s intentions for the sustainable long-term growth of the aerospace industry, companies are focusing on getting the right people in the right places to make maintenance and sustainability the focus.

Similarly, the government plans on pumping £400 million into new projects related to sustainability and net-carbon neutrality. Among the projects will be the development of high-performance engines, new plane designs, and other new industry concepts.

While the aerospace industry has suffered a big hit in 2020, plans to keep it on track for a sustainable future are well underway. If anything, the current downturn in demand, while damaging for some companies, could be considered a valuable breather to stop and reassess current projects.

What targets are currently in place for net-carbon neutrality?

After the 2015 Paris Climate Agreement, countries set out their targets for achieving carbon neutrality. The UK has set into law that it will achieve net-carbon neutrality by 2050.

Specific to the aerospace industry is FlyZero, which will be the primary beneficiary of the government’s £400 million funding package mentioned above. The initiative will consist of 100 industry-leading experts who will focus on zero-emission aerospace technology.

Several companies are involved in the initiative, and the intention is to create further jobs in manufacturing once the plans are in place.

What are airlines currently doing to improve carbon emissions?

Many of these cutting-edge projects are still a long way off. However, airlines are looking at ways they can reduce carbon emissions with the technology that is currently available. While this will not be as effective as planned changes, it is a step in the right direction.

Among the current projects are:

In September 2020, the first commercial flight using hydrogen fuel cells took place. Hydrogen engines have been in use for some time, but this was the first occasion they were used in commercial aviation. Of course, the main benefit of a hydrogen engine is that it is zero-carbon emission during use.

Early in 2020, the UN created the Carbon Offsetting and Reduction Scheme for International Aviation (CORSIA). The scheme is designed to allow airlines to purchase carbon offsets – projects that reduce carbon emissions elsewhere in the world.

Much like in the vehicle sector, planes can be powered using waste products, also known as biofuel. SAF is blended with fossil fuels to create a mix that works in standard jet engines but helps to reduce carbon emissions.

What developments are currently underway in aerospace R&D?

There are many exciting research and development projects currently underway that point towards zero carbon emission technology in the future. Some of the most notable include:

ZeroAvia is both a UK and US-based organisation entirely focused on zero-emission air travel. Their goal is to scale up current technologies for use in the commercial aerospace industry. ZeroAvia developed the hydrogen fuel-based powertrain used in the flight mentioned above.

Airbus has created a hydrogen-powered concept aircraft, known as ZEROe. There are currently three concept aircraft: The Turbofan, the Turboprop, and the Blended-Wing Body. All use hydrogen combustion engines.

The company is also working on the E-Fan X, an electrically powered plane engine. The initiative ended in April 2020 but achieved its goals of highlighting the viability of alternative propulsion methods for the aerospace industry.

Rolls Royce, one of the largest figures in aerospace, is leading the Accel project, which is being heralded as the world’s fastest electric aircraft. The plane uses a 6,000-cell battery that can provide 200 miles’ worth of energy for a flight.

While many companies are focusing on commercial-sized aircraft, the HyFlyer plane is investing in hydrogen technology for propeller-driven small passenger aircraft. The project is led by ZeroAvia and uses their hydrogen powertrain technology mentioned above.

At what stage are these projects?

Although ZeroAvia has managed a few test flights, as has Airbus, all these projects are still in their R&D phase. It is one thing to manage a 20-minute test-flight, but another thing entirely to scale these results up to commercial aircraft.

That said, it should only be about 3-5 years until commercialisation. After all, there is plenty of funding behind these projects, and the drive within the industry to release the first commercial zero-emission technology is high.

How close are we to a zero-carbon future?

Although these technologies might be with us by 2025, it is still going to be a while before the industry can say it is wholly zero-emission. Airbus states it will be zero-emission by 2035 providing it continues current trends, while Rolls Royce is working in line with the UK target of 2050.

It might be a while until we see commercial results of these disruptive technologies, however, we are excited to see how quickly the aerospace industry will react to the zero-carbon goals set out by the UK government. The next few years promise to offer some ground-breaking changes to commercial aerospace as we know it.