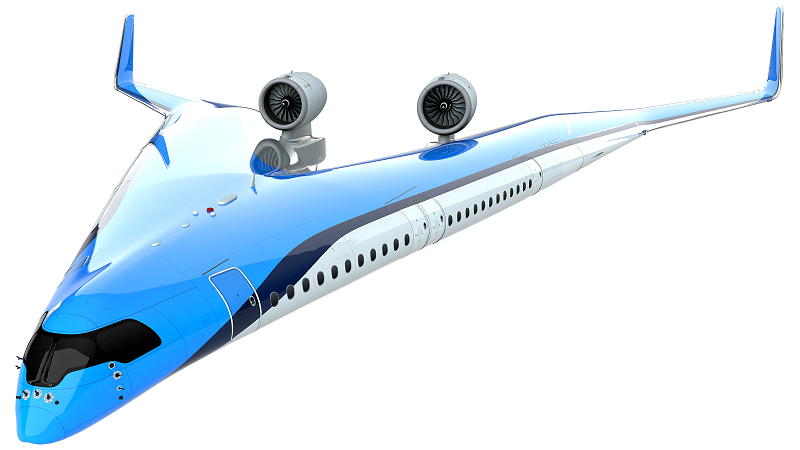 Every now and then there is an innovation that flies in the face of what’s known or accepted in the industry. That breaks the rules or shakes things up in such a way that those in that industry don't think the same way anymore.

Aerospace is an industry that walks the tightrope between innovation and the status quo quite expertly because safety is such a massive issue. Anything too crazy puts lives at risk. Too safe and the industry stagnates or falls foul of changing government regulation.

Both the Concorde and the Airbus A380 smashed boundaries by being the fastest and largest commercial aircraft respectively.

Boom and Aerion are attempting to reignite commercial supersonic flight as a viable enterprise with low boom aircraft and super-efficient engines which would allow them to fly at supersonic speeds over populated areas. This would dramatically broaden the application of supersonic aircraft all over the world and find success where Concorde failed.

With airlines like Japan Airlines and Virgin Group already signed up to buy 30 of Boom’s Overture aircraft, there’s a good chance they’ll succeed.

But as a lucky few get to travel from London to New York and back in less time than a conventional one-way trip, what about everyone else?

TU Berlin student Justus Benad may have come up with the answer.

The Flying-V was designed to address the growing demand by environmentalists and governments for manufacturers and airlines to dramatically reduce emissions.

The growing demand for air travel means that emissions produced by air travel is increasing despite the best efforts of manufacturers like Rolls Royce and GE designing increasingly fuel efficient engines.

With airlines working harder and harder to make air travel more affordable, the number of planes in the sky is likely to increase.

Air travel equates to around 6.5% of total CO2 emissions for western nations, and around 2.5% worldwide.

This may seem low, but CO2 is just part of the problem when burning fossil fuels at high altitudes.

The total impact of total greenhouse gases produced by the commercial flight on the environment is close to 15%. However, this number is also based on UK travel habits who - as a people - take far fewer flights a year than other countries, such as the US, which means the percentage is actually much higher.

Emissions from planes is such a concern that people in some countries are actively trying to avoid flying.

In Sweden they have gone so far as to invent a new word as they turn against flying: flygskam. Which translates as ‘flight shame’.

Passenger numbers at Swedish airports have already dropped by 8% in 2019 and international traveller numbers have dropped by 15% in April alone.

Train journeys, on the other hand, have increased with 2 million more journeys being taken and 25% of Swedes are choosing to use other methods of travel than flying in order to combat climate change.

Considering Swedes were among Europe’s most frequent fliers, this is a dramatic change in behaviour. And one that will hurt airlines and manufacturers considerable. Especially if other nations follow suit.

The aerospace industry needs a response.

As its name suggests, the Flying-V is a delta-shaped aircraft with a wedge cut from the rear to create the distinctive V-shape. Hence the name.

V-Wing would have been cooler but Lucasfilm had already bagged it.

The design is significant not just for its radical design but its ability to work within the bounds of existing airport infrastructure.

In terms of size it’s as wide as an Airbus A350, wingtip to wingtip but is shorter.

It can also hold a similar capacity to the A350 – depending on the configuration – and the same amount of cargo.

However, thanks to the unique design the Flying-V produces significantly less drag than a traditional aircraft, reducing fuel consumption by 20%.

This is made possible by the passenger cabin, cargo hold, and fuel tanks all being integrated into the wing structure, so the overall design is far more aerodynamic.

There is a planned test in October 2019 to determine if the Flying-V can remain stable while being flown at low speeds associated with take-off and landing.

If successful it could provoke a whole new direction in aerospace design.

But it could also significantly improve passenger experience. With a wider cabin, everything from seat layout to design of the seats themselves is up for grabs.

The Flying-V represents an opportunity to start with a blank piece of paper when it comes to the in-flight experience. Coupled with innovations around connectivity and in-flight entertainment, it could yield some really exciting results.

Essentially because designers aren’t restricted to the standard cigar-shape fuselage.

The brains behind the Flying-V are toying with several ideas including the possibility of having a buffet rather than passengers being served meals at their seats.

Whatever they come up with it’ll be interesting to see.

A delta shaped aircraft is not a new concept. The design has been played with in one form or another since the 1940s. The Vulcan Bomber is one of the most iconic aircraft in the world due - in part - to its distinctive design. Single wing commercial aircraft, on the other hand, have been developed by the likes of NASA for years but have never progressed beyond the experimental stages.

The partnership between KLM and TU Delft seems to be the one most likely to yield results.

Regardless of how successful the test proves in October the x-factor is the cost of production. A dramatic move away from the conventional design of aircraft will likely make the major players nervous. Purely because manufacturing an entirely new shape of aircraft will be costly.

But an aircraft that saves fuel, offers passengers a better standard of comfort and a more enjoyable experience will be too good an opportunity for many airlines to pass up. At least that’s what the Flying-V team and any interested manufacturers will be hoping for.

It’s understandable considering that a great many airlines are scrambling to improve customer relations at a time when they are at a record low. Of course, the only way to know if the Flying-V is the answer is if anyone buys it.

KDC Resource are expert recruiters in the aerospace and defence markets. If you are looking for your next role then register your details today. Or if you're looking for top technical talent to meet your requirements get in touch and a member of the team will get back to you to discuss in greater detail.