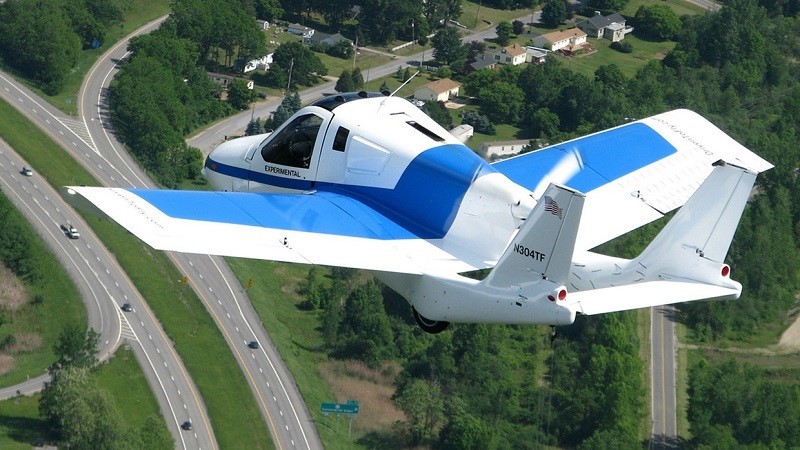 The concept of the flying car is far from new.

Whether it’s Star Wars, Blade Runner, The Fifth Element or Back to the Future (part 2) writers and movie makers have been toying with the idea for decades.

Although the automotive industry have been toying with the idea even longer than that. Henry Ford in 1940 predicted:

Mark my word: a combination aeroplane and motorcar is coming. You may smile, but it will come.

Almost 80 years later and the flying car industry is hotting up at a staggering rate. Back in January this year PAL-V showed off its Libery flying car at the Geneva Motor Show to great interest from attendees and the press.

Terrafugia’s flying car is slated for release this year following its acquisition by Geely.

However there’s a growing split in the market between the cars that can fly and flying cars which are essentially, small VTOL aircraft.

Amongst the major players exploring dedicated micro-planes are doing so from the perspective of automated taxis. Which rather gets round the issue of needing a pilot’s licence.

The appeal is undeniable. Aside from the giant leap into the future such craft represent, it would revolutionise travel.

Imagine travelling from London to Paris in an hour. Or New York to DC.

Considering it can take an hour to go only a few miles in those cities, that kind of mobility would be transformative.

But is the world ready?

Anyone who follows current events will see how long it can take to get anything done in government.

The rise of flying cars and automated flying taxis will need entirely new laws including – most likely – a new type of pilot licence. Or at the very least an expanded helicopter licence for flying cars with VTOL capabilities as flying among buildings will be common.

It remains to be seen whether or not flying cars (or cars that can fly) will be permitted to reach mid-level altitudes like light aircraft. If not then – again – it is likely that a two tier pilot licence could be introduced. Much in the same way as there is for motorbike engine sizes.

But licencing is only the first hurdle.

The system is not designed for a sharp increase in light aircraft. Especially a system that is designed to help aircraft to navigate from one airport to another. Not from outside your house to wherever you want.

Flying a helicopter through a city is like flying through an ever changing densely packed ravine. Made from steel, glass and concrete. For a single helicopter or drone this is navigable. But if dozens or even hundreds took to the sky on a regular basis it becomes a totally different matter. Precise navigation and air traffic control will be vital.

Then there’s the automated drones that could potentially need to interface with the Air Traffic Control system directly. Which presents some fairly understandable security concerns.

All this would need resolving before we can expect to see flying cars filling the skies over London. Or anywhere.

A glimpse of the future? Courscant's busy skyways from Star Wars.
Image courtesy of Lucasfilm. All rights reserved.

As flying cars, automated flying taxis and drone delivery systems become the norm, our cities will naturally change to meet the new flexibility this method of transport provides.

The obvious and immediate impact is fewer cars on the road. This eases congestions and reduces pollution. Especially if the flying vehicles coming to market are electric.

Improved air quality and shortened commute times will have marked impact on the quality of life for a lot of people. Even if a relatively small number of people adopt flying cars as their primary means of travel.

There may be a chance it’ll make owning and running a car cheaper too.

But that’s just the beginning.

Apartment buildings will become taller and their design take into account both private and communal landing platforms in order to accommodate the shift towards personal air travel.

Taller buildings will mean the logistics of life will change too. The simple act of going for a coffee will become frustratingly awkward. It’s reasonable to assume that the super towers of the future will be designed to meet this challenge. They will likely nclude everything from shopping centres and supermarkets to gyms and leisure destination for maximum convenience.

In addition to flying cars, walkways could join buildings in a vast network that could, theoretically mean, people could live their entire lives off the ground.

Walkways could easily span streets, linking buildings, creating sky level communities whom theoretically will never have, or need to go down to ground level if they don't want to.

That poses something of a sociological conundrum.

Could we have a societal split between those who live on or near ground level and those who live, commute and work in skyscrapers?

According to the ambitions of some of the biggest names in the space, yes. Flying cars will be rolling off production lines this year.

But this year will be Genesis. The start of the story, rather than the end. The beginning of a dramatic shift in the way we commute, travel and even live. An explosion in automated flying taxis will further stifle car sales, especially among city dwellers, Xennials, Millennials and Gen Z.

In terms of congestion and pollution, this is a good thing. For the automotive giants, it’s another reason for them to look at the coming years with great trepidation.

The true year of the flying car will be when it overtakes road cars as the primary form of transport. There are 1.2 billion cars on the roads of the world at present. That number is expected to rise to 2 billion by 2035.

So it’s fair to say there’s some work to do.

But when you consider between 1908 and 1927 Henry Ford sold 15 million Model Ts, anything is possible.

Of course, it is very likely that the cars that can fly will operate much like light aircraft and be classified as such. Meaning that if you want to fly one you’ll need a pilot licence, limiting the market quite considerably.

The VTOL aircraft currently in development – whether they’re piloted or drones – will be where the revolution begins. The first business that brings out an affordable, easy to run, easy to maintain electric VTOL aircraft will run the market.

Revolutions of course start small. An early adopter investing in a fleet of sky taxis to cater for the financial elites of New York or London could eclipse Uber.

That’s when the big changes will start to take shape.

It's a really exciting time not just for the companies pioneering the technology but for the world. The initial change will be small but the end result will be nothing short of transformational.

We’re proud to be working with a number of clients in this emerging technology market so if you want to take the leap into flying cars we want to hear from you. Check out our current roles here or submit your CV today.