Will Volocopter Win at the 2024 Paris Olympics? 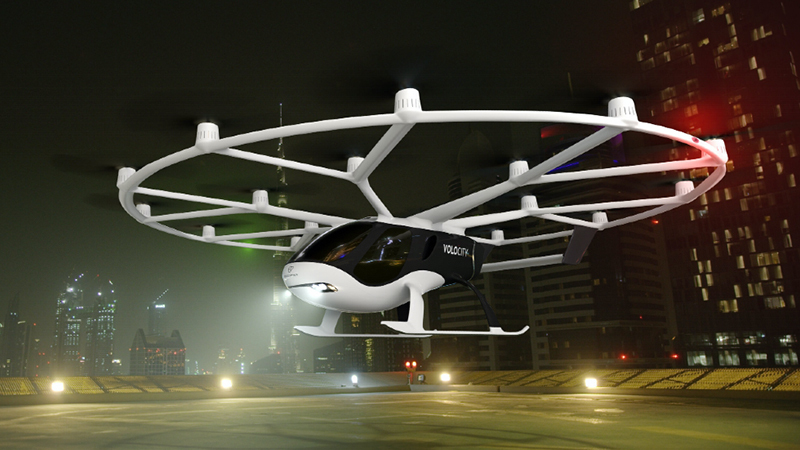 It is by now widely known that Volocopter plans to have its eVTOL certified and operational by the 2024 Paris Olympics. As things stand, it will be the first eVTOL in use in Europe, and likely worldwide.

Considering its publicity, we have plenty of information available about how this will look. So, let us dive into Volocopter’s plans for air taxi dominance at the Paris Olympic Games.

Volocopter will use its VoloCity autonomous eVTOL as a taxi between the Olympic Village and stadiums. To achieve this, it will need Vertiports at the relevant locations, and, of course, full certification from France’s Civil Aviation Authority.

The company tested its Volocopter 2X prototype at the recent Paris Air Show, where it flew for roughly three minutes. It is the first step in France’s eVTOL market strategy and is an important step towards integration in the Paris Olympics.

It is unclear whether the public will use these air taxis, as current discussions only involve the Olympic Village. Full rollout will depend on myriad factors, including how well the city of Paris adjusts to the concept of eVTOLs.

But, this might be an easy change to make. The European Union Aviation Safety Agency identified Paris as one of the most promising cities for eVTOL integration. It is mainly due to its layout, airport proximity, and metropolitan attitudes. As a result, it has put together 30 companies to create the Re.Invent Air Mobility initiative.

Volocopter’s plans for the Olympics are simple but hold massive potential. It will be the main taxi service for athletes travelling to their events. As each eVTOL can hold two passengers and luggage, it could mean hundreds of eVTOLs in use at once. If nothing else, this will be a publicity stunt that could propel Volocopter into first place in the eVTOL race.

The Benefits for Paris and the Olympics

Using eVTOLs as the main vehicle for athletes has great potential for both Paris and the Olympics as a whole. First, it is an eco-friendly method of transportation, which will work in the Olympics’ favour. Due to the current sustainability score of the Olympic Games, switching to electric vehicles is a smart choice.

Then, there are the benefits for Paris. Being one of the first cities to have commercial eVTOL infrastructure will be a big draw for both the public and other eVTOL companies. Cities may struggle to certify eVTOLs, and Paris would already have this in place. In the early stages of the eVTOL race, this could make all the difference.

But, there are some drawbacks to this plan. While Volocopter has completed a test flight in a commercial capacity, it only has three years to finalise its design, receive certification, and produce the required vehicles. This is not much time in the grand scheme of things.

That said, certification will probably be the main delay. Volocopter likely has a good idea of how many eVTOLs it needs, and it has a deadline, so production should be less of an issue.

We must return to the sustainability aspect again, however. A common concern for the Olympics is what happens to the facilities once the games are over. Often, buildings get left for years before being sold and reused. Will the same be true for Volocopter’s eVTOLs? Hopefully not, but it is a possibility.

Aiming for Gold at the Olympics

These minor drawbacks aside, Volocopter has a clear plan for success. Being the sole supplier of air taxis at the Olympics will draw public attention and will hopefully change the minds of anyone sceptical about this technology. It will be exciting to see it in commercial use, particularly at a world-renowned event like the Olympics.